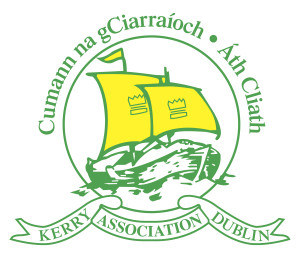 Dr. Patricia Sheahan has been named the 2020 Kerry Person of the Year. Listowel native, Dr. Sheahan has been recognised for her outstanding dedication and commitment to cancer patients in Kerry, and her tireless efforts in providing one of the country’s most highly regarded palliative care service units. Dr. Sheahan has worked as a palliative medicine consultant in Kerry for the past 17 years, while also developing a fully integrated palliative care service for the people of Kerry, alongside Kerry Hospice Foundation. She is highly regarded by her colleagues, patients and their families, as well as the wider community of Kerry and West Cork, where she also leads a community palliative care team.

Making the announcement live on Radio Kerry last Saturday, Kerry Association Dublin Chairperson, Keelin Kissane, noted that the 2020 winner has touched the lives of most families in the county and those families attest to her extraordinary sensitivity and compassion, going above and beyond the call of duty. The Kerry Person of the Year award, which is now in its 41st year, dates back to 1979 when Dr Michael Carmody became its inaugural winner. Its list of high-profile winners makes it one of the most sought-after accolades for any Kerry person.

In a clean sweep for Listowel, the Listowel Tidy Towns Committee were announced as the recipients of the 2020 Laochra Chiarraí award, which recognises exemplary leadership in community activity in the county. Making the announcement, Kerry Association Chairperson, Keelin Kissane, noted that the hard work, dedication and community spirit of the Listowel Tidy Towns committee over the last 27 years has led to awards for Listowel at county, national and indeed international level and is a wonderful example of exemplary community activity.

Dr. Sheahan and the Listowel Tidy Towns committee will be formally presented with their awards at the annual Oíche Chiarraí gala dinner on Saturday, March 28th at the Red Cow Moran Hotel in Dublin. Tickets are now on sale for €75 per person and can be purchased from any committee member.  It promises to be a fantastic Kerry night of celebration in the capital.