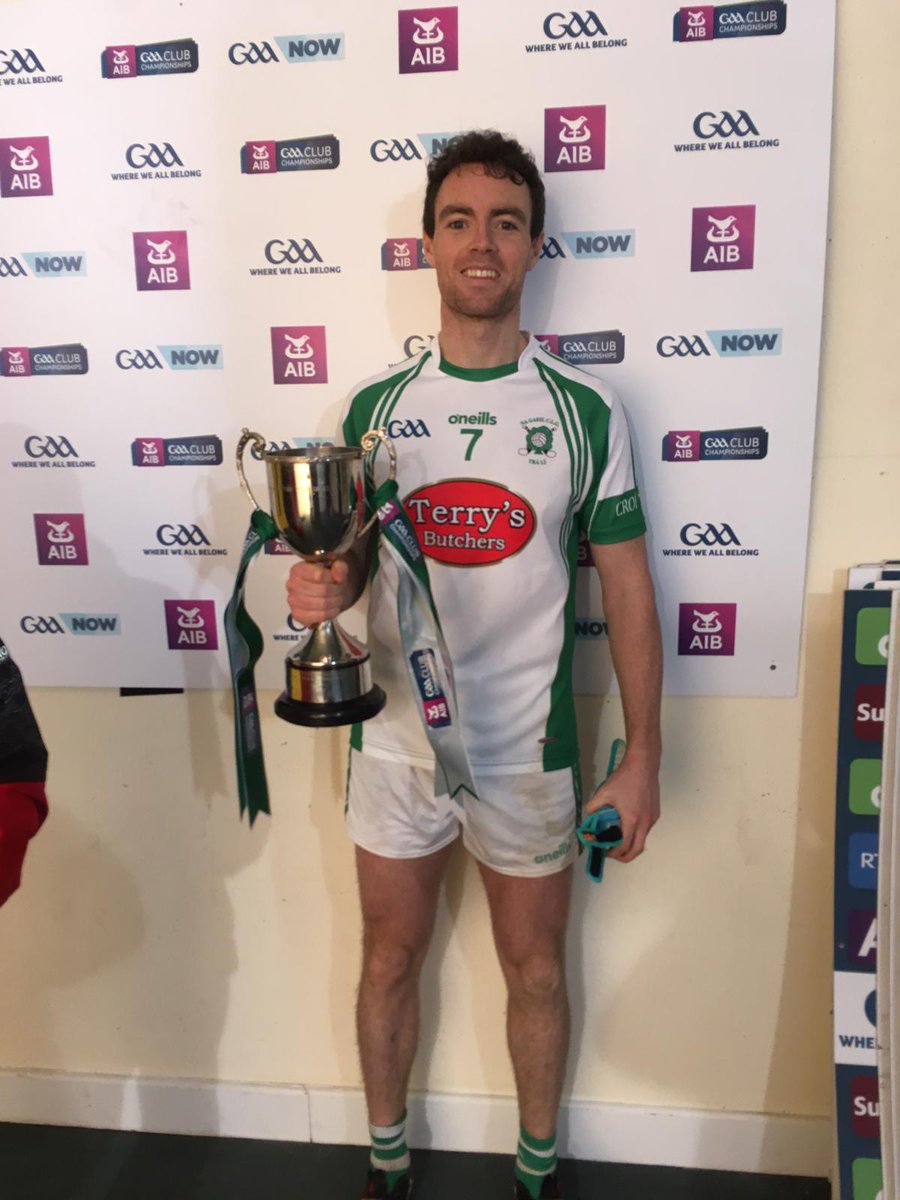 Matching the achievement of Beaufort last year, who won their final by 21 points too, the Tralee men turned on the style from the 20th minute onwards.

It's the fifth time in six seasons that a Kerry team has won the title and McCarthy played a big role with 3-2, one of 11 different Na Gaeil players to get on the score-sheet.

Captain Eoin Doody led by example too, scoring three important first-half points in a row while Diarmaid Herlihy and Mike Griffin hit some eye-catching scores in the second-half.

Kerry senior duo Jack Barry and Diarmuid O'Connor manned the midfield and Barry clipped a point in the second-half too as Na Gaeil cantered to success.

A disappointing day for Rathgarogue-Cushinstown ended with a 62nd minute red card for full-back Peadar Cody for a second booking.

The Leinster champions hinted initially at major gains with a bright start, opening the scoring through Jason Dunne and moving 0-4 to 0-3 ahead after 20 minutes.

Na Gaeil had their chances at the other end but poor shooting cost them and they racked up seven wides in the first-half.

But the favourites did enough during an 11-minute spell between the 21st and 32nd minutes to wrestle control of the game.

They hit Rathgarogue-Cushinstown for 1-5 without reply in that period to surge into a 1-8 to 0-4 lead.

Na Gaeil implemented a high press on the opposition kick-out and penned them in at the Hill 16 end for long stretches, dominating possession and racking up the scores.

Doody, wearing number seven but positioned in attack as they piled bodies forward, got the scoring siege going with three points in a row.

Ian McCarthy then reeled off 1-1, his goal coming from a kick-out that was turned over by Dara Devine who fed McCarthy on the right to rifle a shot into the roof of the net.

Corner back Ryan O'Neill fisted a point for Na Gaeil and suddenly a seven-point gap had opened up between the team with half-time fast approaching.

Rathgarogue-Cushinstown were thrown a lifeline in the last action of the half when Tadhg Cody broke free and won a penalty off Damien Bourke that goalkeeper Nicky Sinnott converted.

That left Na Gaeil leading at half-time by just 1-8 to 1-4 though Mike Griffin's second point of the game early in the second-half reopened a five-point advantage.

Na Gaeil went on to score 1-8 without reply in the third quarter and all that came in the opposite direction was a solitary point from a free from the Wexford side.

McCarthy's second goal arrived in the 37th minute and he completed his hat-trick in the fourth minute of stoppage time when he rounded the goalkeeper and slotted home.