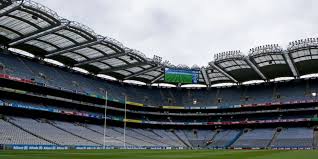 Last Saturday’s John Kerins U20 Development League game in Austin Stack Park was very entertaining. While we lost to Cork by 1 point, a lot of positives can be taken from the performance. The next fixture for the Kerry U20s is away to Galway on January 18th. In our opening Mcgrath Cup game, Kerry experienced a heavy defeat to Cork but a more assured performance was delivered in Clonmel for our second group game last Sunday. It was a valiant second half comeback as Paul O’Shea’s goal had us right back in it but we came up short with a second loss for Kerry in the McGrath Cup. The benefit of these pre-season games unquestionably is getting game time for players ahead of the League.

Our opening game of the Allianz football league is less than 3 weeks away when we play Dublin on Saturday January 25th at 7.15pm in Croke Park. The Kerry versus Dublin game is the third game in a triple header as it will be preceded by the All Ireland Junior and Intermediate club finals.