You are here: Home/ News/ Special Congress on Saturday 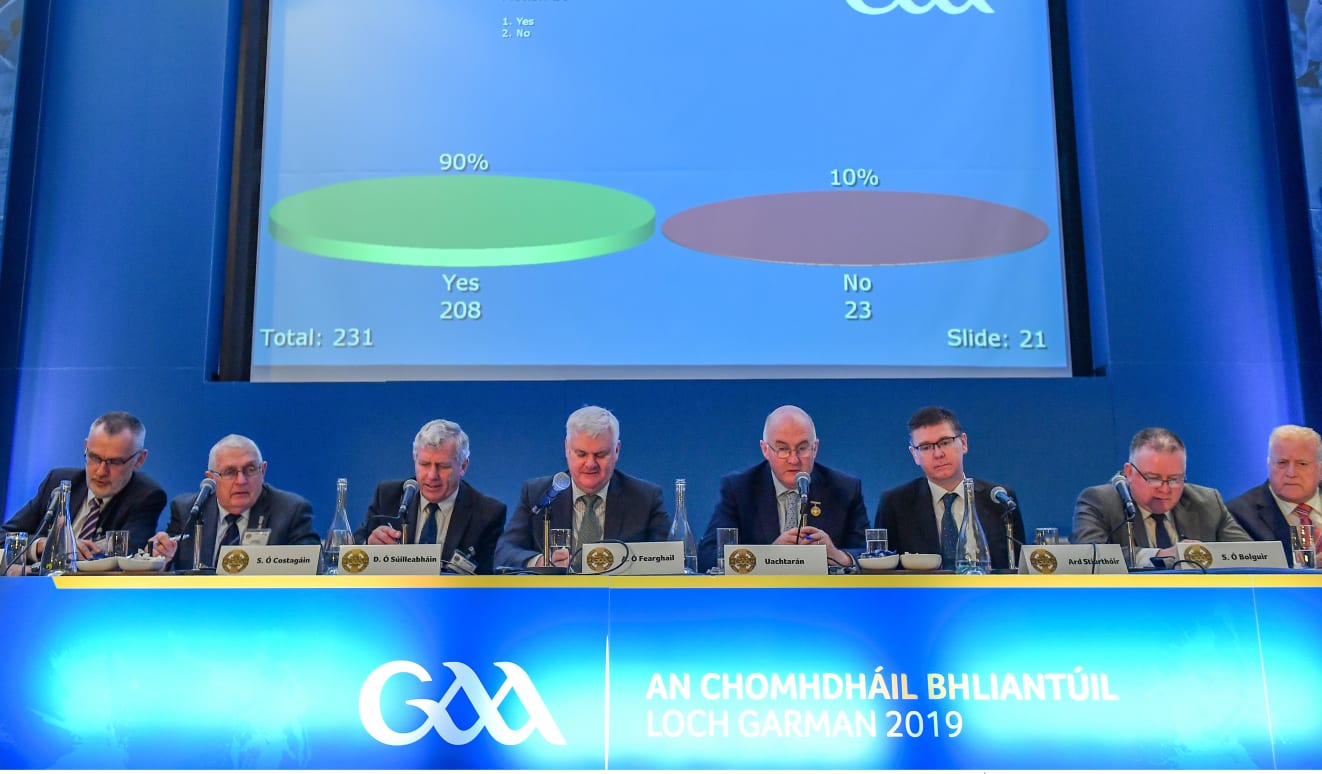 Five motions will be voted on during GAA Special Congress on Saturday, October 19 at Páirc Uí Chaoimh.

Other motions to be debated include the 'Advanced Mark' which is being proposed by Ard Chomhairle/Standing Committee on Playing Rules.

Motion Four deals with the introduction of a Sin Bin for a Black Card offence.

While the last motion is about amending the kick out rule in Gaelic Football.

The full motions can be found on the GAA website