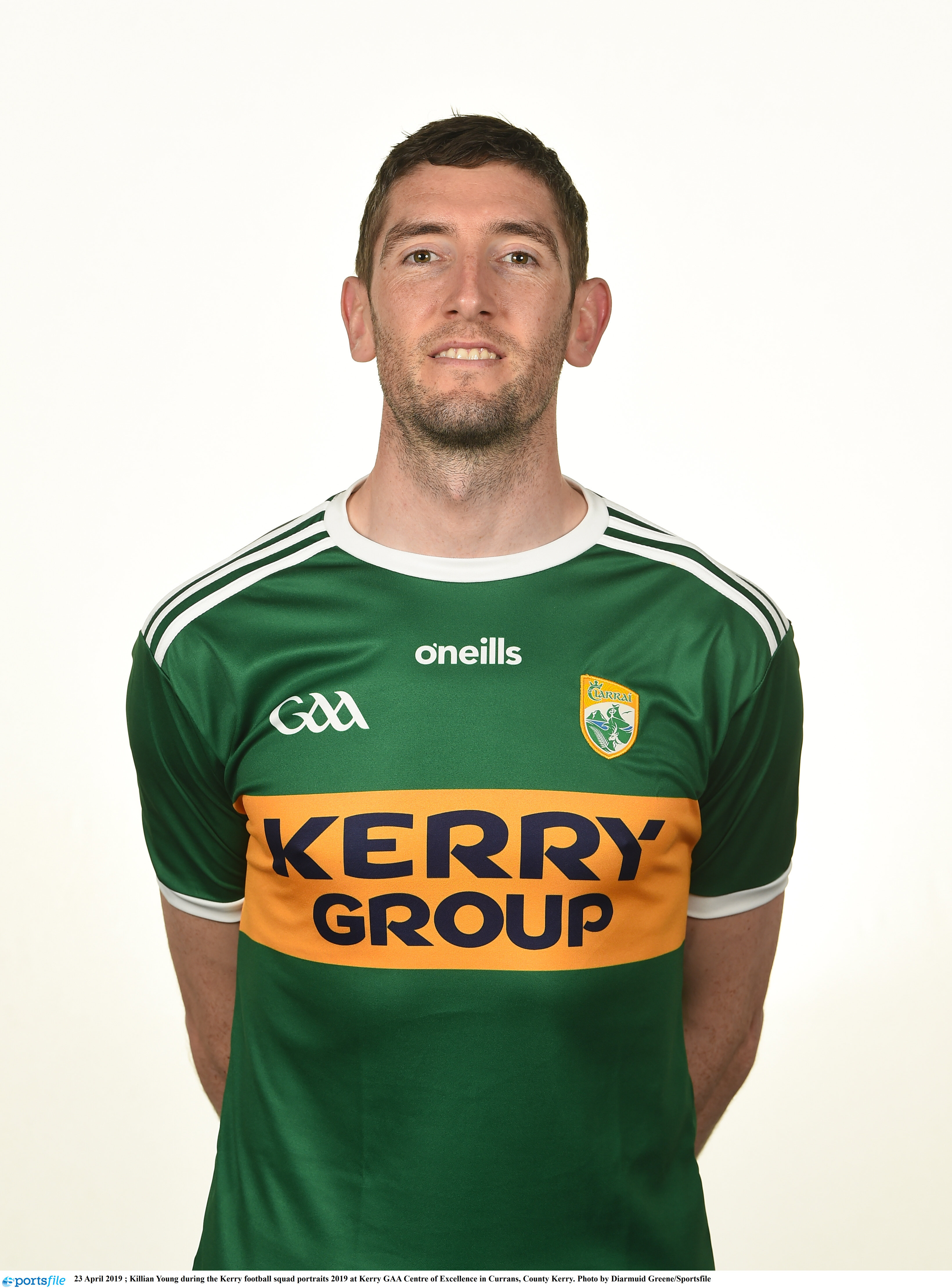 Today I announce my retirement from the Kerry Senior Football team. After 14 years of representing my county at senior level, the time has come for me to move onto the next chapter. To say it was an honour to play with Kerry is an understatement, I’ve loved every single minute of it and if I could roll back the years and do it all again, I would in a heartbeat.

I’d like to thank my parents for their ongoing support since I was first able to kick a ball. They are fiercely loyal and have always been a massive influence in my life. My sister Caoimhe, my extended family and all my friends who have followed me around the country to games, I will never forget that and will always be so grateful.

To my Fiancée, Catriona, thanks for always being there. And for all the love, support and encouragement you have given me throughout the years and the sacrifices you made to help me in my career with Kerry. I really look forward to what the future holds for us and to all the adventures ahead. Also, to my Lixnaw family who treat me as one of their own, thanks for everything.

To my GAA club Renard. I wouldn’t have had the success I’ve had without the coaching, development and constant support received from those in my club from a young age. Each one of you contributed hugely to my career and allowed me one of the highlights of my life so far - bringing Sam Maguire down Renard Road and into our clubhouse. For those memories, I will always be indebted to you. I am looking forward to giving you my full commitment going forward and want to thank you sincerely for your loyalty and patience throughout the years. I hope I have represented our club with honour and have made all of you proud.

To the Kerry County Board & Kerry Group, for all the behind the scenes hard work and support. As a player, I never wanted for anything and appreciate all you did for us.

To the Kerry supporters. You’ve been a big part of my journey and your presence on those magic days in Croke Park is often what got us over the line. Thank you for your passion and dedication, and for sharing the green and gold with me. To the young Kerry footballers around the county - believe in yourself, work hard and you too can experience the unique privilege of playing with Kerry.

To the backroom teams down through the years, I have made lifetime friendships with many of you. Thank you for all the time and effort you put in and for the endless words of advice and motivation.

To all my managers since 2006, thank you for always believing in me and allowing me to represent my county on the field of play. Your encouragement, honesty and support will not be forgotten.

Finally, to my Kerry teammates past and present, thank you for the wonderful memories. We have created memories together that can never be taken away and can only be understood by us. It has been the best time of my life playing with Kerry and I will take all of the cherished memories and friendships away with me. Continued success to the great bunch of players that I am leaving behind, and I am so proud to have shared a dressing room with you.

Killian’s retirement today brings an end to the inter-county playing career of one of Kerry’s longest and most loyal servants. Having made his senior debut in 2006 he has played under four different managers and was the longest serving member of the 2019 squad. Killian represented Kerry at Minor and U-21 level before quickly progressing into the Senior Ranks and has produced some memorable performances over his career winning a very impressive four All Ireland titles. Over recent years Killian acted as an exceptional role model providing great leadership and helping in no small way to integrate the many new players onto the panel. Ar son Muintir Ciarraí sa bhaile agus thar lear I wish to sincerely thank Killian for his enormous contribution to our County and wish him all the very best in the future.

I would like to wish Killian well and thank him for his service to Kerry over many years through all grades. Being a neighbour's child, means I have watched Killian's football progress from a very young age. Killian's knowledge and experience in the dressing room was invaluable for such a young team. I wish Killian well for the future.

I would like to congratulate Killian Young on his retirement after a lengthy and successful Kerry career. He first emerged as an attacking wing back and over the course of his career fulfilled a myriad of defensive duties with aplomb. He was mister dependable. He was a leader on and off the field and was incredibly diligent in ensuring he maximised his potential. I wish Killian all the best in his future endeavours.

I coached Killian at Colaiste na Sceilge and later with Kerry. I can safely say I never got a moment's bother from him. He was very thorough and professional in his approach and preparation. He started out as an attacking wing back and later became a tight marking corner back. This is a transition very few players can make effectively.  He won an U21 All Ireland in 2008 and had a brilliant year for us at wing back when we won the All Ireland senior in 2009.

His strong points were his raw pace and his reading of the game. His career has been curtailed in latter years due to injury which was a pity and this has probably influenced his decision to retire from the inter-county scene. However Killian can continue to be a very effective player for both Reenard and South Kerry for years to come. On his day very few players can say they got the better of Killian and he should be proud of his contribution to Reenard , South Kerry and Kerry.