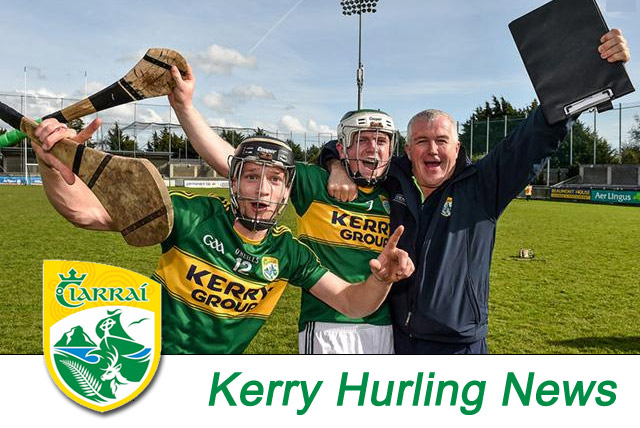 Check the North Kerry Hurling Board Facebook page for all up to date fixtures and results.

The Lee Strand Co. Under 16 Plate Final between Lixnaw v Tralee Parnell's is scheduled for this Friday, 6 September, 6.30p.m. at Kilmoyley

The North Kerry Under 16 competitions begin on Sunday, 15 September

The next Under 10 Blitz will be hosted by Tralee Parnell’s at Caherslee on this Saturday, 7 September commencing at 10.00a.m.

In the North Kerry Under 21 Hurling Championship quarter finals, Causeway gave a walkover to Kilmoyley while Lixnaw did likewise against Ballyduff.

The North Kerry Under 13 'B' Hurling Championship Semi-Finals [Michael O'Connell Memorial Shield] are fixed for this Thursday, 5 September at 6.30p.m. Crotta play Ballyheigue at Dromakee while Tralee Parnell's versus Causeway goes ahead at Caherslee. The Final will be played on Sunday, 8 September at 12 noon (venue to be confirmed).

The North Kerry Under 13 'A' Hurling Championship Final [Jack & Mike Galvin Memorial Shield] between St. Brendan’s and Ballyduff will be played on this Friday, 6 September at 6.30p.m. at Lixnaw [extra time if necessary].

Best of luck to the Kerry camogie team in the All-Ireland Junior Final against Limerick at Croke Park this Sunday. The game throws in at 12 noon and will be the first of a treble bill that also includes the intermediate and senior camogie finals. The game will also be televised live on RTE2.