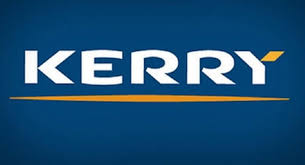 * Clubs / teams should only enter a Cup competition with the full intention of participating and adhering to the fixture schedule (No Postponements) as per Eolaire 2019. All games are to be played to a conclusion on fixture date.

It’s proposed to commence Competitions on Friday 23rd August and run on a knock out basis during August / September. Fixtures are scheduled for Friday evenings - 23rd, 30th August, 6th, 13th and 20th September

CCC decides in which Cup Competition teams will compete in, draws/fixtures/venues and all other relevant detail. CCC proposes to group Molyneaux & McElligott teams and Barrett & Cahill teams for Rd. 1 draw with winners / losers qualifying for appropriate Cup competition.

Players Not Eligible for the 2019 Junior Cup Competitions are;

· First 15 as approved by respective Divisional Board and forwarded to the Co. Board, (first 30 in the case of “C” teams),

· Any player who started in this year’s (2019) Senior football or any of the Club Championship games, i.e. Senior Club, Intermediate, Junior Premier and Junior Championships. (Note; a player coming on as a substitute is free to play).

· Any player who played for their Divisional / Group team in this year’s S.F. championship,

· Players who have played inter county football at any level during 2019.

· Under 17 players not allowed play Adult competitions as per rule.

Clubs who wish to enter 2 teams in the Junior Cups the following apply;

· Any player who plays (starts or comes on as a sub) in this year’s Molyneaux Cup cannot subsequently play in a lesser Cup competition i.e. McElligott, Barrett or Cahill cups.

· B team must play their Rd. 1 game before C team plays. If B team concedes a walkover in Rd 1 game – C team is automatically removed from competition.