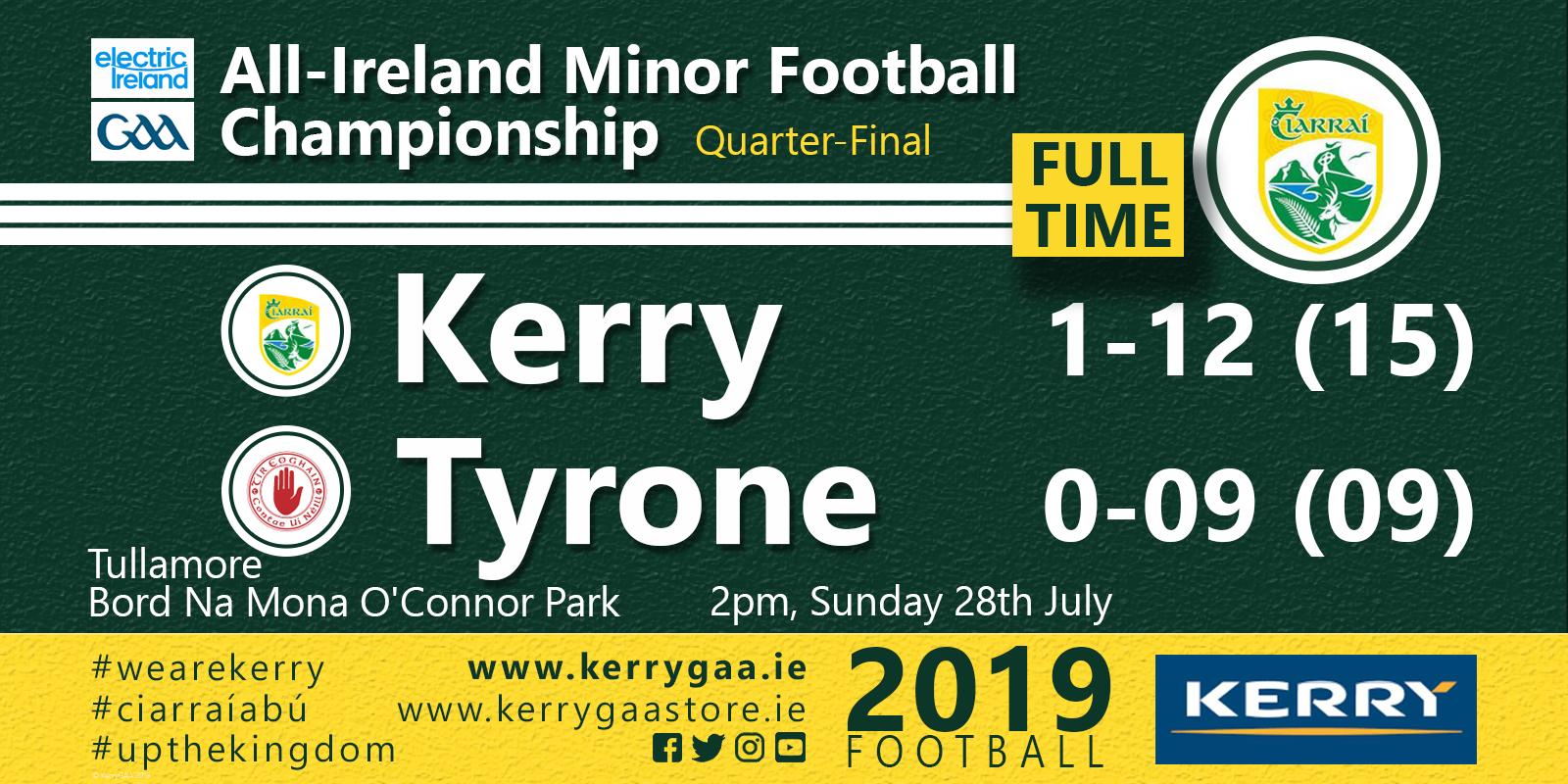 Congratulations to the Minor Panel and Management who have secured a spot in the Electric Ireland Minor Championship Semi Finals following their defeat of Tyrone last Sunday.

The first half was challenging as the Kerry Minors tried to cope with the Tyrone style of play and at half time trailed by three points, Tyrone 0-6 Kerry 0-3.

The second half was a far better spectacle and our Minors grew in confidence as the game developed.

Emmet O’Shea’s goal came at a crucial point and Devon Burns’ saves kept Kerry hopes alive in the first half.

No doubt that this game will stand to them as they continue to progress through the Championship.

Next up for the Kerry Minors is a meeting with Galway.

Another difficult task ahead but we wish them well in their quest to get back to an All Ireland Minor Final.