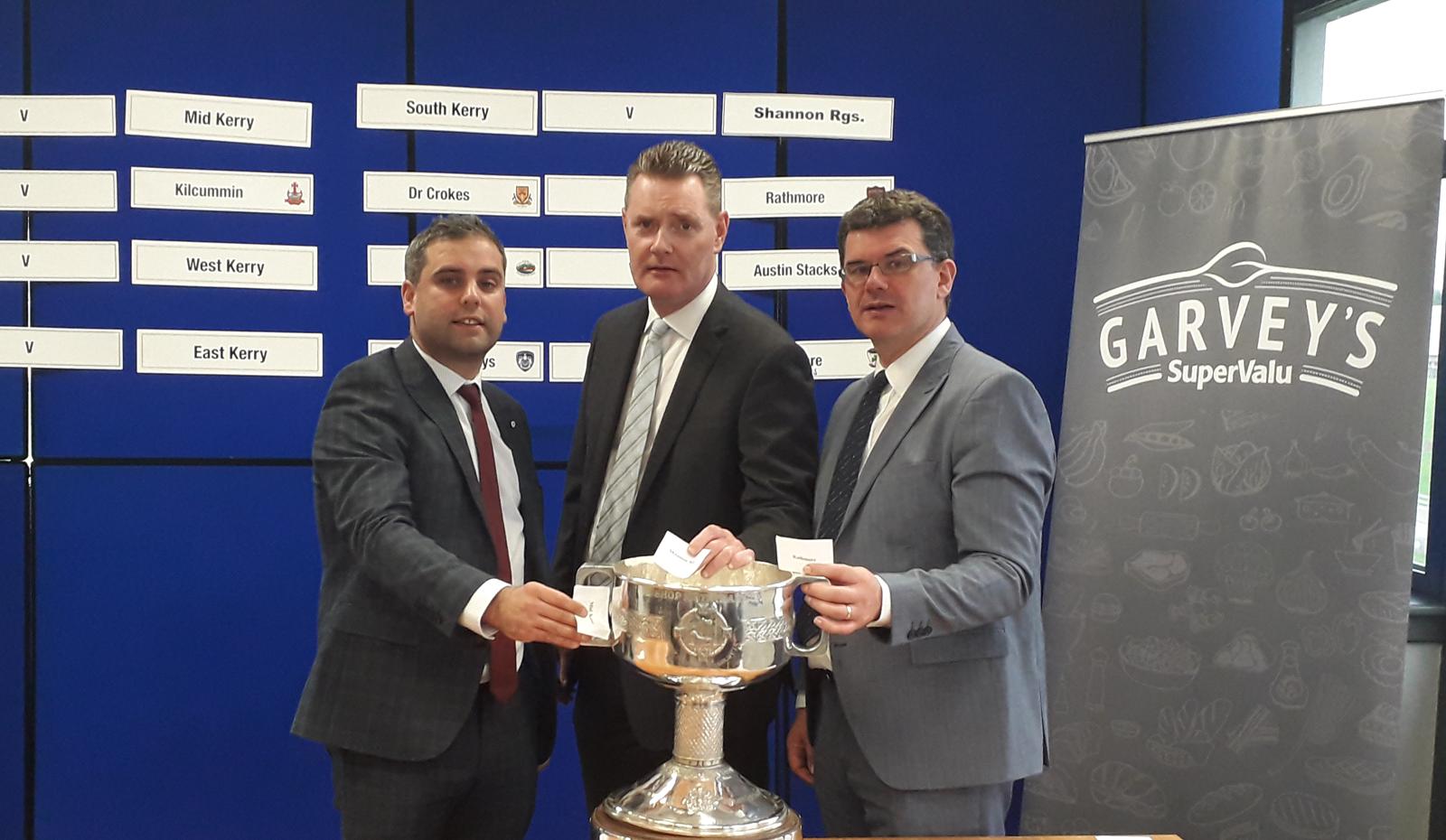 On Monday night a large crowd gathered in the Pavilion, Austin Stacks Park for the launch of the 2019 Garvey’s Senior Football Championship.

Each competing club and district were represented and the competitive atmosphere in the room as the draw was made was enjoyed by all!

The Chairman Tim Murphy thanked the Garvey's for kindly extending their sponsorship term for a further three years. The Chairman remarked that the Garvey Group was an ideal match for this Championship as both represented the essence of community.

The draw for Round 1 resulted in the following pairings; –

Round 1 games will be played either on the weekend of August 25th or September 15th (Depending of Kerry’s progress).

The venues are to be decided by the CCC who will take cognisance of teams drawn first.

Best to luck to all the competing teams!