All to play for heading into Phase 3

You are here: Home/ News/ All to play for heading into Phase 3

All to play for heading into Phase 3 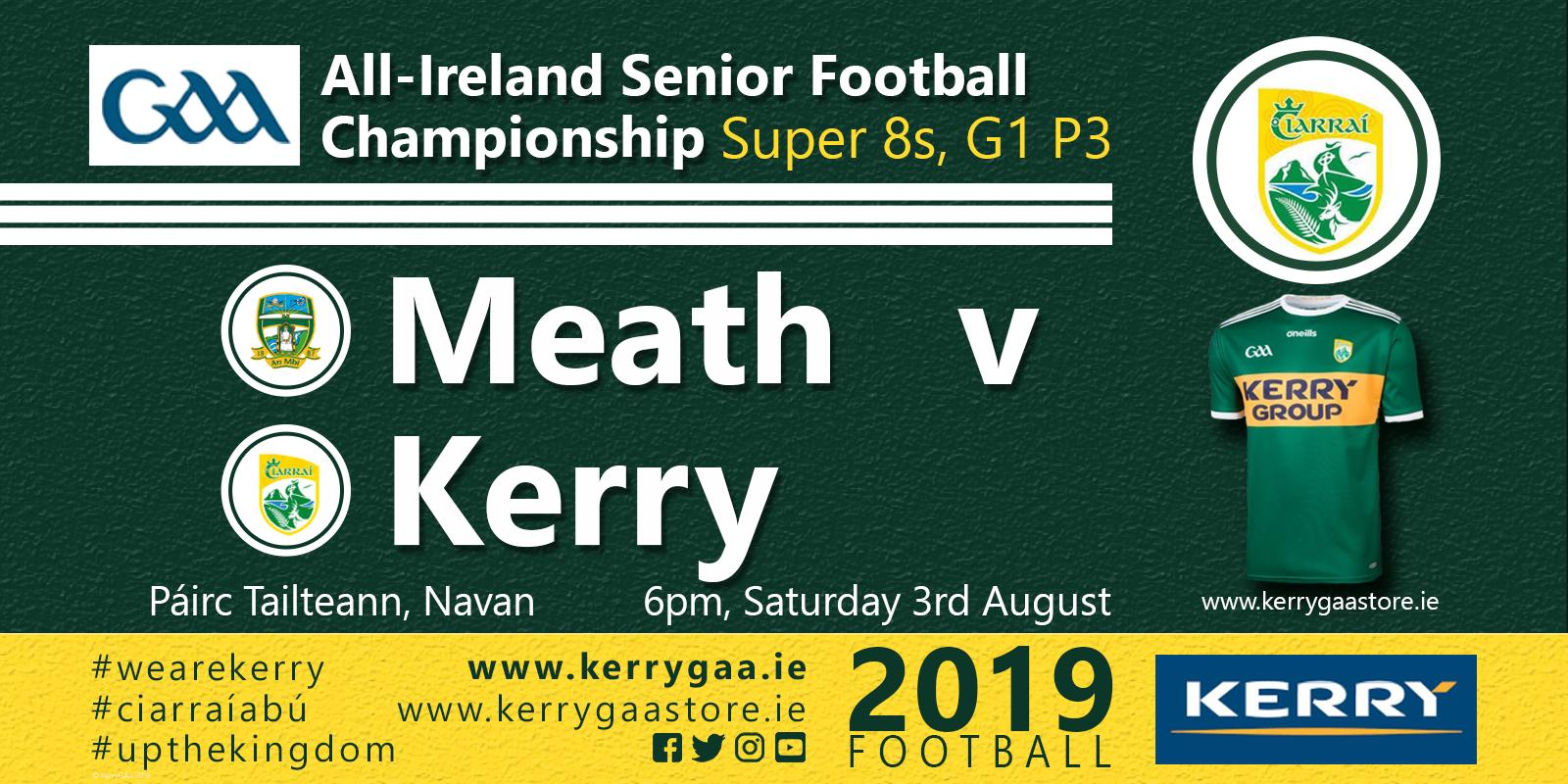 All to Play for Heading into Phase 3!

Certainly, last Sunday’s Phase 2 game against Donegal was not one for the faint hearted!

While a win would have been great, a draw was possibly the fairest result. Both teams gave spectators a feast of football as they drew level numerous times throughout the game. A number of personnel changes were forced upon both sides due to injuries and other pre-match changes were shrewd tactical manoeuvres. Kerry finished with 14 men due to Tomás Ó Sé’s red card deep in injury time. The game finished 1-20 a piece.

Despite the tricky throw in time and terrible weather, a large number of Kerry Supporters were present in Croke Park to cheer on the team. Again, this support was very much appreciated by Peter Keane and the Panel.

Next up is our meeting with Meath in the Phase 3 game.

It is fixed for August 3rd at 6pm. The game will be preceded by the Bórd Gáis Energy All-ireland U-20B Hurling Championship Final where Kerry will play Down at 3.45pm.

Tickets are currently on sale online, at selected SuperValu and Centra Stores and in the Kerry GAA Store Killarney.

Adult tickets are €25 and €5 for Juvenile tickets.

The tickets are for general admission for Páirc Tailteann, Navan meaning first to arrive will get seat in the Stand.

The Kerry Supporters club will take coaches to Navan. All seats must be booked by Wednesday night July 31st. For booking contact Donal O’Leary, John King or Martin Leane.

So where are Kerry in terms of group qualification?

The following are the potential scenarios -

Donegal will travel to Castlebar to take on Mayo in McHale Park in the final game, while we will go to Meath. A win or a draw for Donegal will ensure their place in the semi-final. Mayo will need a win to get through.

If we win or draw against Meath, we will also be assured of a semi-final spot. Even a defeat would still see us through if Donegal defeat Mayo.

If Mayo win and we lose, the second spot will be decided on scoring difference between ourselves and Donegal, while Mayo would top the group.

If both ourselves and Donegal win, Donegal will likely need to better our result by two points to finish top of the group.

So, there are no dead rubbers in our group – it is all to play for as we approach the final phase of the ‘Super 8s’!