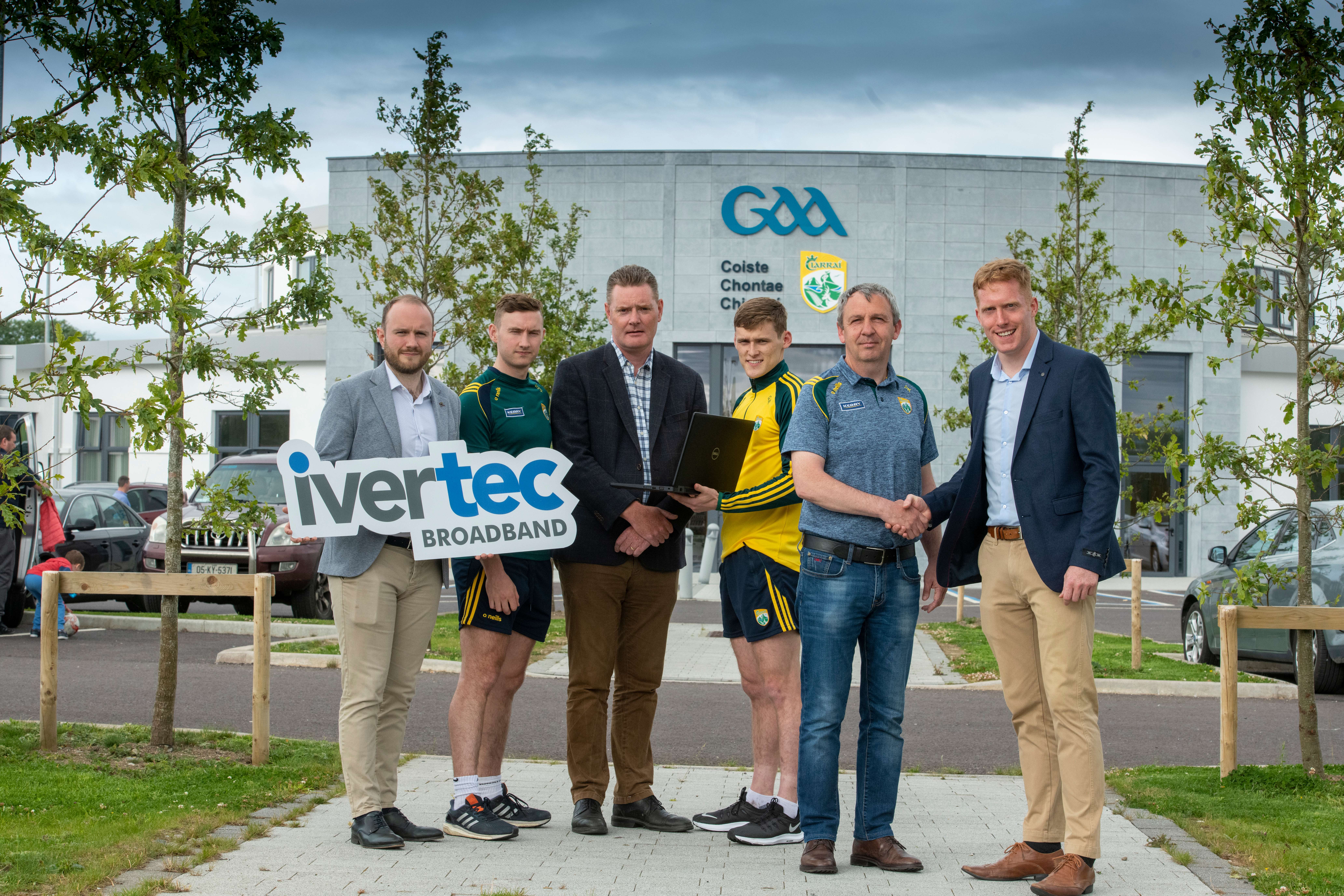 Kerry GAA today announced details of a 5-year partnership with Ivertec, Kerry’s largest rural broadband provider, as their official telecommunications partner. The agreement facilitated the installation of 300 Mbps Broadband Connectivity, which is up and running at Kerry GAA's world-class Centre of Excellence, at Currans, in Farranfore.

Commenting on the partnership, Tim Murphy, Chairperson of Kerry GAA said: “Ivertec solved a major headache for Kerry GAA by connecting our facility to high speed broadband, when all we had previously was old-fashioned dial-up technology. We now provide reliable, high speed WiFi access throughout the building for players, coaches, and visitors alike.”

"The Centre of Excellence is in quite a rural area, but we had wireless broadband working in less than a week," said Gerard O Sullivan, Business Development Manager at Ivertec. "We are proud to support Kerry GAA because football and hurling are the life-blood of our communities.” He added: “Many living off the beaten track, hoping for the roll-out of fibre through the National Broadband Plan, may still be waiting seven years from now. This partnership really showcases our ability to deliver high-speed broadband to rural locations around the county.”

Kerry Senior Football Manger, Peter Keane, said the new technology was already making a difference: "We had no effective internet connection in the facility, but now we can carry out full video analysis of our games and our future opponents, for teams at all levels, at game-changing speeds.  Ivertec have been a pleasure to work with and dealing with a local company has been a real plus.”

Founded in 1993 and headquartered in Caherciveen, Ivertec is Kerry’s leading provider of rural broadband, supplying homes with high speed wireless broadband. The company also supply wireless and fibre broadband to both rural and urban based enterprises.