You are here: Home/ News/ The Annual Kerry GAA Night of Champions 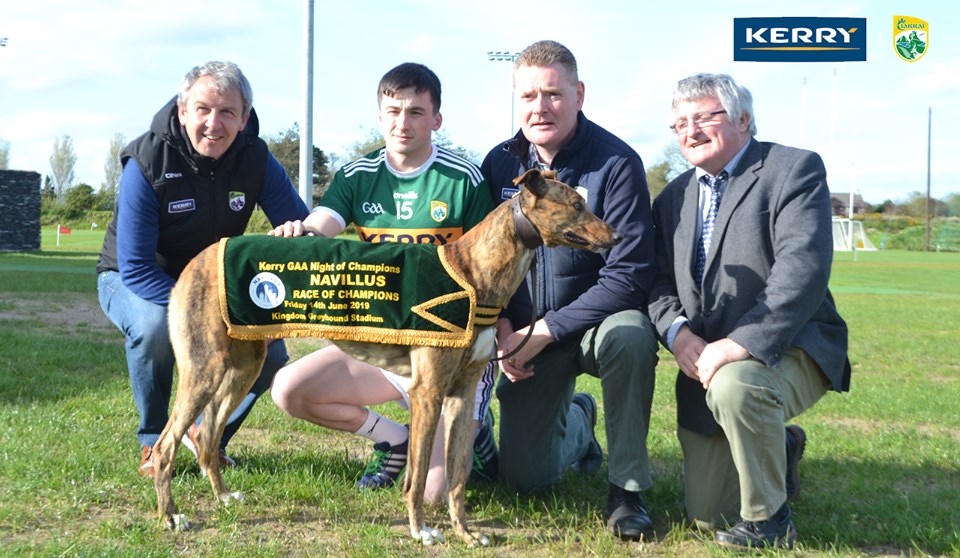 The Annual Kerry GAA Night of Champions went ahead last Friday night and it was a great success! We wish to thank everyone who supported our fundraiser. The buster winners were drawn by Kerry Rose Sally Ann Leahy and the winners were Councillor John Francis Flynn who won 1000 euro and Debbie & John Joe Dorgan Lispole who won 500 euro.

The Navillus sponsored race of champions was won by ‘Slippy Cian’ of the Full House syndicate.

The Kerry Group Sweepstake where clubs are twinned with dogs was jointly won by Skellig Rangers and Keel.

Our thanks to Christy O’Carroll, John Joe Carroll and all the organising committee for organising a superb evening. Thanks also to all the sponsors and the staff at the Kingdom Greyhound Stadium.