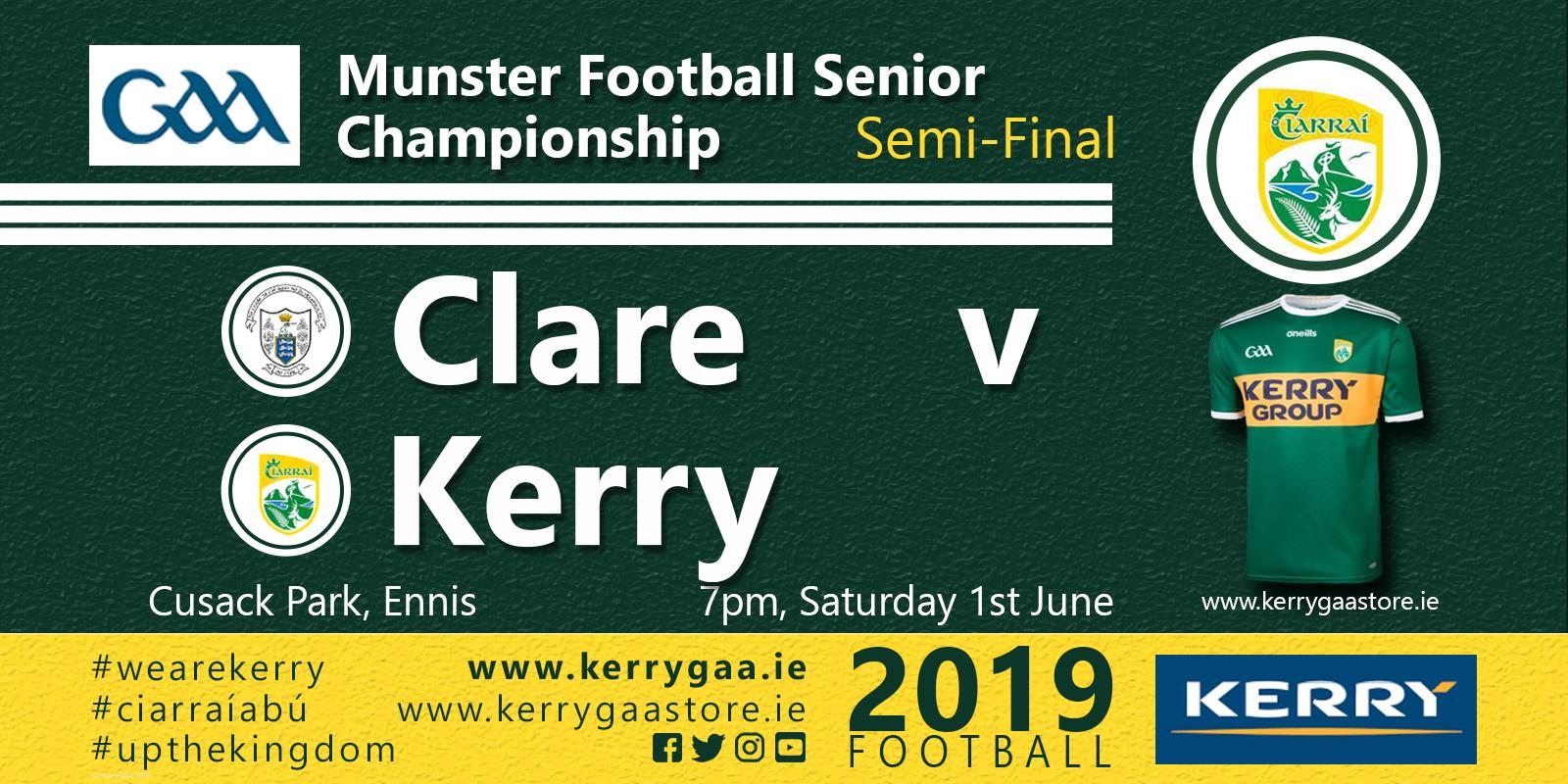 Congratulations to the Kerry Minors who won their phase 2 Round 3 game against Clare last Thursday night in Tralee. They put in a good performance, not as spectacular as their round 1 performance against Cork but still in all it was a solid display which has earned them a place in the Munster Minor Final on June 22nd where they will meet Cork again at 4.45pm.

The U-20's are busy preparing for their first game of the year. They are away to Cork on Wednesday May 29th in the John Kerins Development League. Sean O’Leary, Kilcummin was ratified as the 2019 U-20 Captain at the most recent County Committee meeting. The game is being played in Clonakilty, Co Cork. Jack O’Connor and his management team have put in a huge amount work preparing the U-20's for this tournament and it is a difficult time for this age grade with college and Leaving Cert exams. Games in this Development League will be played on Wednesdays and Saturdays and our other games are against Dublin, Galway and Kildare. It is great to have this new League to play in before the Munster U-20 championship begins on July 11th.

Next weekend the Senior footballers begin their championship campaign with a semi-final fixture against Clare on Saturday in Cusack Park Ennis at 7pm.

Juveniles(U-16's) will have free admission into the game.

Senior Citizens/Students will receive €5 concession on full price tickets at the designated stile with valid id prior to entry.

Tickets are available to purchase from selected SuperValu and Centra Stores, Kerry County Board Office, Kerry GAA Store in Killarney and online at tickets.ie

The Kerry GAA Supporters Club are taking coaches to Ennis on Saturday June 1st for the Munster semi-final against Clare and all seats must be booked by Thursday night May 30th. For booking contact Donal O’Leary, John King or Martin Leane.

The Kerry team to play Clare will be announced on the Kerry GAA website and on Radio Kerry on Friday at 8pm.

We wish all of our Inter-County teams the best of luck in their respective competitions!

The championship gear that all teams will be wearing is exclusively on sale in the Kerry GAA store, Killarney.