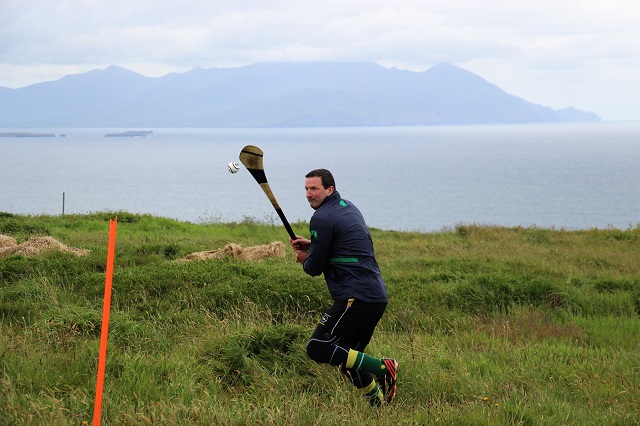 The 2019 Munster Poc Fada competition was launched in the pristine surroundings of the Kerry GAA Centre of Excellence in Currans on Tuesday evening.

Munster GAA Poc Fada Ambassador, Brendan Cummins, thanked the Provincial Council for nominating him as Ambassador for the competition. The former Tipperary star, who is the holder of 2 All Ireland medals and 5 All Stars, is ideally suited for the honorary role having been national Poc Fada champion on nine occasions between 2004 and 2015. “I was fortunate enough to play around the Kerry Head course a few years back and the provincial competition is a huge carrot to take part in the national finals in the Cooley Mountains” he said.

Chairman of the Kerry County Committee, Tim Murphy, welcoming everyone to the launch in the Centre of Excellence, said that it was a tremendous honour for Kerry to be staging the competition and said that Kerry GAA would be supporting the competition in every way possible.

The Munster POC Fada competitions (Senior and Under 16s, which will once again be sponsored by Martin Donnelly, will be held over the KerryHead course in Ballyheigue on Saturday June 15th.

It is the first time since the early noughties - when the competition was held on three occasions over courses in Killarney National Park - that the provincial competition is being held in Kerry.