Kerry face Mayo in Round 6 of the Allianz Football League

You are here: Home/ News/ Kerry face Mayo in Round 6 of the Allianz Football League

Kerry face Mayo in Round 6 of the Allianz Football League 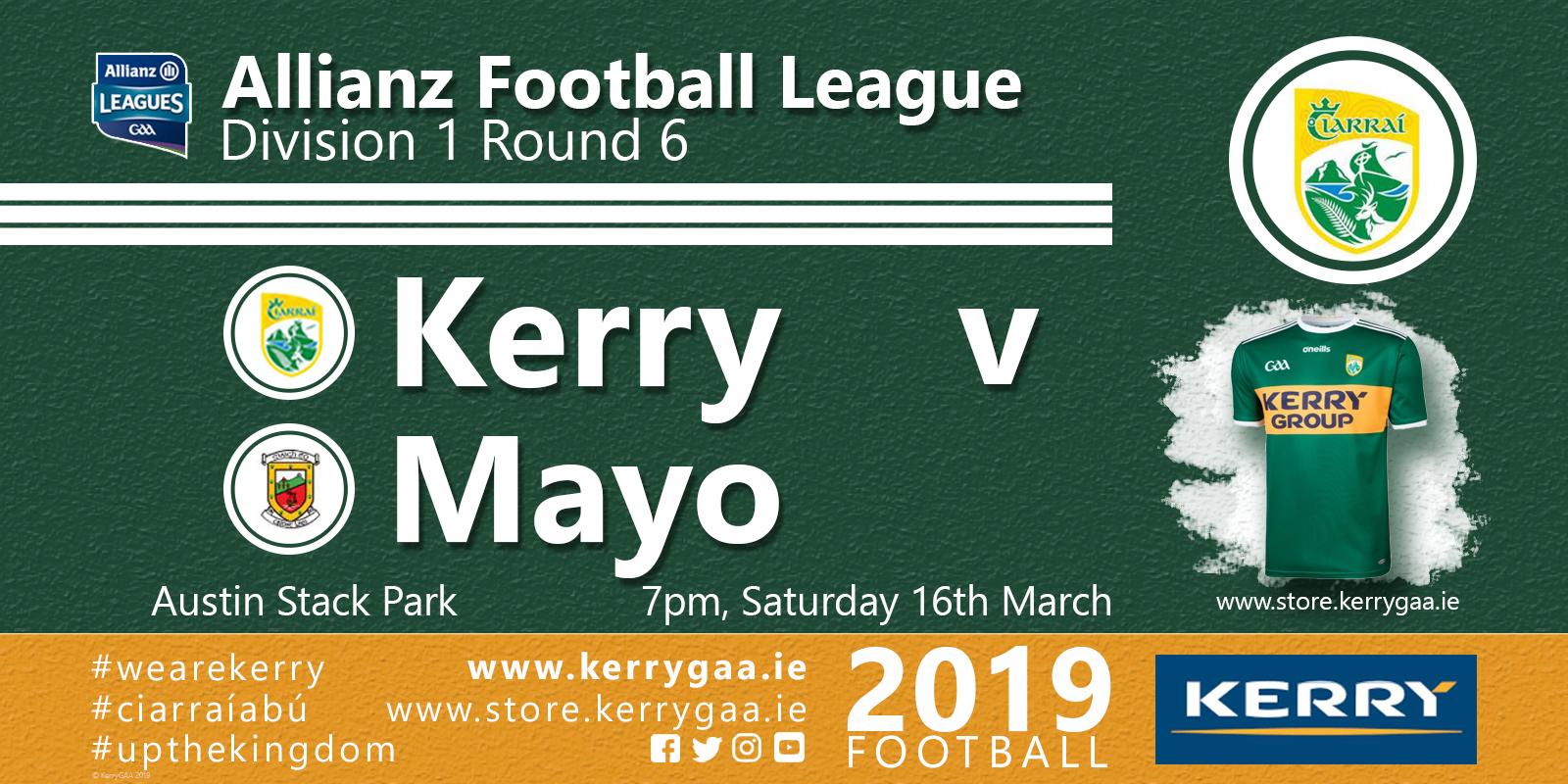 Kerry face Mayo in Round 6

The Kerry Senior Footballers are back in action next Saturday when they face Mayo in Austin Stack Park at 7pm, this is a sold-out fixture.

Therefore, if people want to sit in the stand they will have to come early and it will not possible to hold seats for people arriving late as there will be no access to the stand once the main stiles close.

The crowd will be entertained while they await the throw in by the brilliant Liam O’Connor and band.

Again, three car parks have been made available – those traveling from Limerick, Killarney or South Kerry are asked to park in the car park beside the Rose Hotel.

Patrons travelling from Listowel are asked to park in the grounds of Kerry college of further education on Clash Road.

Patrons travelling from the Abbeydorney direction should park in the Kingdom Greyhound Stadium.

The Austin Stack Park Committee and Kerry County Board thank all those who made their grounds available for parking. Patrons are asked to park responsibly and not to obstruct private dwellings.

Peter Keane will be announcing the team on the Kerry GAA website on Friday March 15th at 8pm.

The match programme will be on sale at a number of places around the grounds, proceeds of which are going to the Austin stack park committee.