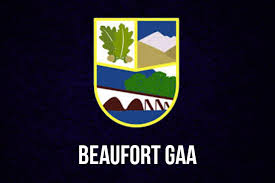 Easkey of Sligo and Beaufort of Kerry will play each other in this years AIB All-Ireland Junior Club Championship Final.

With so much at stake, both finalists made that seismic leap with a slight quiver, handing out narrow semi final defeats and setting up a Croke park date on the 9th of February.

Beaufort carried on the proud Kerry tradition within the junior grade to make them the 11th Kingdom team to reach the All-Ireland decider since the competition’s inauguration in 2002 with a stirring comeback victory over the Louth Champions Dundalk Young Irelands in O’Moore Park, Portlaoise.

Beaufort’s Fergal Hallissey top scored on the bright afternoon with half of his side's total, but it was his point from play with ten minutes remaining that turned the screw.

Having been down by four points at one stage, Hallissey inspired his mid-Kerry colleagues down the stretch.

Louth County star Derek Maguire gave an exhibition of point taking from the sweeping position with three of his own in the first half giving the underdogs a three point lead at the half time whistle.

Dundalk midfielder Seán McLoughlin picked up a second booking and the surge of momentum was going the Munster champions way.

Jordan O’Donoghue levelled the game for the valiant Irelanders on two occasions but Hallissey would not be denied along with full forward Ciaran Kennedy notched the insurance score to give the Kerry men an breathtaking victory.