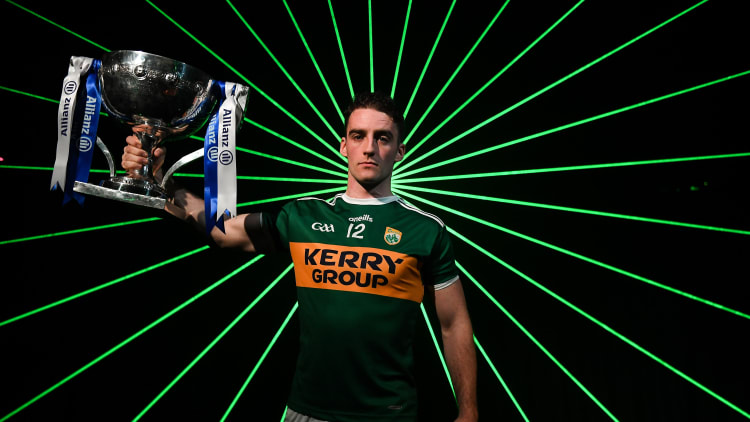 On the eve of a new Allianz Football League campaign Stephen O'Brien remains excited about an emerging green and gold team.

So many decorated footballers have retired in recent years ensuring a raft of promising players will be afforded further opportunities in the coming weeks and months.

Eamonn Fitzmaurice's departure as manager and the arrival of Peter Keane, a key figure in Kerry's minor dominance, adds another layer of intrigue.

"Some legends are gone out of the game," O'Brien admits. "Since I’ve been involved serious characters have departed like Declan O’Sullivan, Aidan O’Mahony, Colm Cooper, and Marc O Se.

"This year four of them have gone at the same time. It’s sad to see them go. I grew up watching Kieran Donaghy catching balls and other guys like Darren O’Sullivan and Donnchadh Walsh were of great help. I used to travel down from Cork with Anthony Maher. It’s sad, but that’s part of sport."

Now is the onus on O'Brien's generation to be the critical leadership figures in the Kerry dressing room? "Subconsciously, I think you do that when you don’t see the older brigade around," O'Brien acknowledges. "There is no reason why the younger players can’t be leaders; their opinion matters too. They have their own experiences and so much experience of winning after all the minor success.

"Every manager will pick his best team and if you’re picked, you are there on merit, irrespective of your age. Guys that are picked will have shown their worth in training. The League is a great place then for talent to come through, with so many competitive fixtures to come.

"You can see what lads are like in the heat of battle. I remember back in ’14 and 15 we experimented at the start of the League, ended up losing games, but ultimately we stayed up."

Fitzmaurice's influence on the Kerry set-up ran deep with O'Brien stressing the vital role occupied. "He was a huge part of my career," O'Brien says. "When he came in in 2012 he revolutionized the whole set up. I was sad to see him go.

"I had the utmost respect for the man. It was emotional when he announced his decision in the dressing room after the Kildare game."

Did O'Brien see Fitzmaurice's resignation coming? "Yeah," the Kenmareman replies. "I suppose if you step back and look at the signs you probably did, but you're just trying to look after your own boat. "You're just trying to get ready for the games. Possibly, yeah it wasn't a complete shock.

"The man is class personified. He's just a quality man really. He had a big impact on my life, outside of football even as well. He's a role model or a kind of father figure, that's how I would see him. "It's obviously emotional when he was such a huge part of your life for seven years or whatever it was, and then that's gone."

David Clifford's seamless entrance into Championship fare in 2018 was a highlight for Kerry with a PwC GAA/GPA All Star award confirming his splendid start. "He has ferocious talent, it's unbelievable," O'Brien remarks. "I know he's only a young fella, but he doesn't look young. He's huge. He's well able for the physical side of things.

"His ability is there for all to see. He really kicked on in the Super 8s for Kerry in the Championship, but I think everyone inside there knew that was in him. Even when the games weren't going as well in him, it doesn't take a genius to tell that he's a class footballer.

"Talking football you can tell that he thinks about it a lot. He told me before that he goes to a lot of club games. He has ideas about what way the ball is coming in and stuff like that and runs - he has brilliant movement off the ball. He clearly has a ridiculous football intelligence as well."

Kerry have collected five All Ireland minor crowns on the spin so does the underage glory make them feel comfortable in the senior environment? "Yeah, they're demanding success," O'Brien states.

"But if they saw something that wasn't up to scratch I'd say they'd definitely call it out because they're winners."

Kerry are searching for silverware again and their Healy Park League opener against Tyrone on January 27 promises to be interesting.