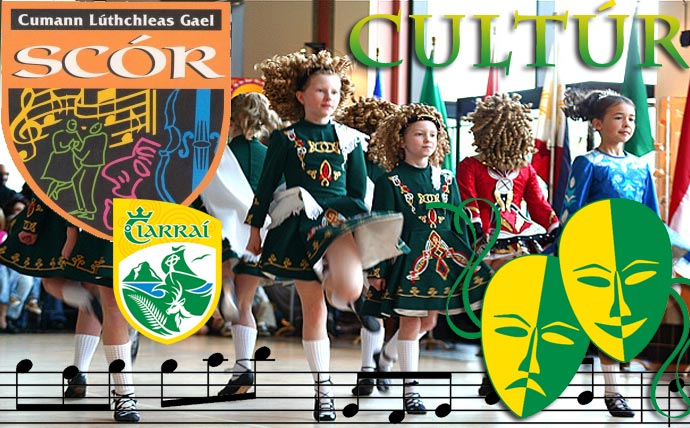 The County Final of Scór na nÓg Trath na gCeist is scheduled for Friday evening 18th January at 7 pm at the Centre of Excellence Currans. As Scór celebrates 50 years of activities this season all clubs in Kerry are invited and encouraged to participate in this team event of Trath na gCeist.

The Quiz format is ten rounds of eight questions on topics such as GAA matters, Culture, History, Geography and current Affairs. The winning team qualifies for the All Ireland Scór na nÓg Finals which is scheduled for Saturday 23rd February in Castlebar Co. Mayo. Teams of four, under 17 years on 1stJanuary 2019 and registered club members are eligible to enter.

The Munster Finals of Scór na nÓg are scheduled for Sunday 20th January at Cappoquin Co. Waterford where Kerry will be represented by the following clubs;

Spa in both Rince Foirne and Set Dancing,

Gearoid Evans of Keel in Aithriseoireacht,

Na Gaeil in Leiriú Staitse, Glenflesk in Ballad Group, and

Reminder re Senior Scór dates – District Board Finals to be completed by 3rd February with the County Finals scheduled for Saturday 16th February.