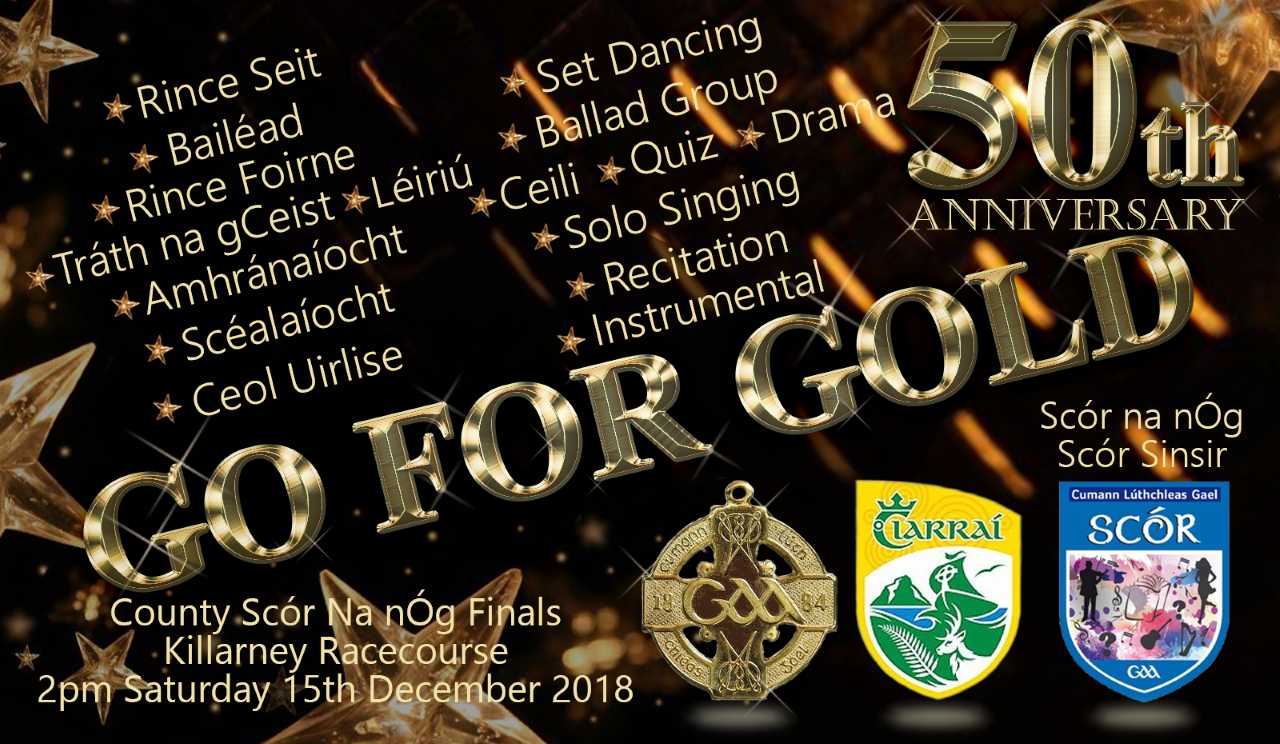 Four hours of top class entertainment was provided by children from around the District Boards at last Saturday's County Finals of Scor Na nOg held at the Racecourse Killarney where the huge attendance enjoyed the very best in music, song, dance and act as we celebrated the Golden Anniversary of  Scor in the County which was established by the G A A in 1969 by the late Derry Gowan of Fermoy, County Cork.

The day's programme got underway with the Figure Dancing and from here to the final discipline of the evening in Set Dancing the audience was enthralled by the standard  set by these very talented youngsters and without doubt Fear A Ti  David Rae added to the days enjoyment keeping everything running smoothly and efficiently during the huge programme of events.

There was a great spread of winners with success going to no fewer than five Districts Boards; once again Spa continued to dominate the Dancing at this level winning at both Figure and Set Dancing and to add to East Kerry's success, Glenflesk took first place in the Ballad Group. Na Gaeil from the Tralee St/Brendans were victorious in the Leiriu. Both Finuge and Sneem after a long absence from this competition captured the Instrumental Music  and Solo Singing respectively and at the Recitation discpline Gearoid Evans, Keel took top spot. The Overall Club on the evening went to the Spa Club.

The following are the County Final winners and who will now go forward to  represent their County to the Munster Finals in Cappaquinn, County Waterford on Sunday January 20th; 2019.