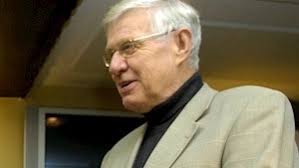 Uachtarán CLG John Horan has also extended the sympathies of the Association to the family of the late Jerome O’Shea who passed away in recent days.

Jerome, from the St. Mary’s club in Cahirciveen, was a three-time All-Ireland SFC winner with Kerry and part of an iconic Kingdom team renowned for its football mastery that won Sam Maguire in 1953, 1955 and 1959.

Kerry’s rich footballing history is full of players who were famous far beyond the borders of the Kingdom for their class and style, and Jerome O’Shea was one such hero of the green and gold. He made his mark on the field as a great player and was equally held in high regard off it where his contribution to the promotion of the game was immense. The GAA benefited hugely from the lifetime of friendship and loyalty that we enjoyed from Jerome O’Shea