Jason is a winner!

You are here: Home/ News/ Jason is a winner!

Jason is a winner! 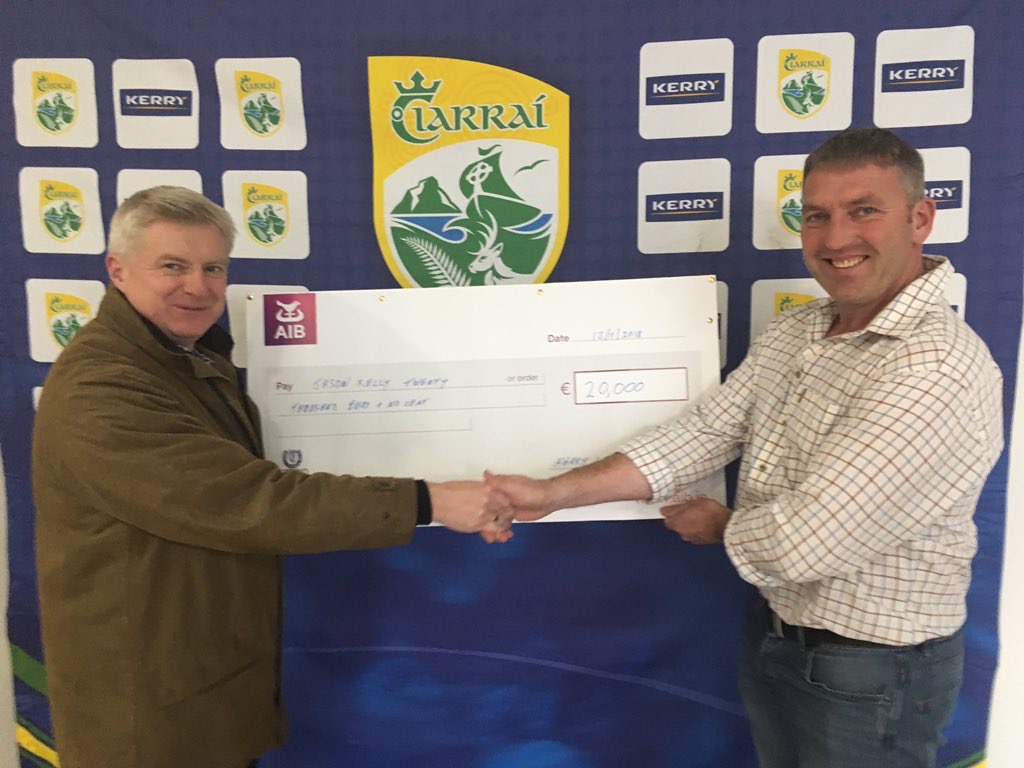 What Staffordshire based Jason Kelly believed to be a prank call on him, in fact turned out to “the best news of the year”.

Still in a state of disbelief, Jason originally from Glenflesk arrived in the Kerry GAA centre of Excellence with his father Tim last Monday afternoon to collect the winnings of €20,000 from Kerry GAA Treasurer Dermot Lynch.

“I won it earlier in the year and already spoke with them and told them I’d be back in November for my brother’s wedding. It was a shock, very hard to believe for a while. I had to ring Tralee to speak to somebody. I thought it was a prank,” Jason revealed

Jason had received the call from Kerry GAA PRO Leona Twiss after his winning in June and told her that he would be back in November.

Like many Kerry GAA, fans Jason emigrated to England in the 1980’s and it is now home for him, his wife and two sons.

“I went over to London in 1987 and I now live in the Midlands in Staffordshire, the work keeps me there. I try to keep up with the football but it is very hard when you are not here (Kerry) but you try your best”

Admitting it was a longing to check on some scores that led him by “pure luck” to stumble on the Kerry GAA online Lotto.

“I was looking up on the GAA online. The GAA came up with the lotto. It gave me the option to play a couple weeks at a time but I took the yearly one” A few weeks later came the call

“It is very hard to believe but we are delighted, absolutely delighted. It will be spent on the family.”

So with the cheque in the hands, Jason had one last request. “A quick tour of the newly opened Centre of Excellence”

After all, it is the place, which benefits from the proceeds of the Kerry GAA online Lotto and Jason is impressed

“It is very professional. Brilliant altogether. They have it all focused on the player which is great. Maybe I’d come back next year and watch them training.” Jason concludes, as he gets ready for his brother’s wedding later in the week.