You are here: Home/ News/ Minor and All-Star Awards 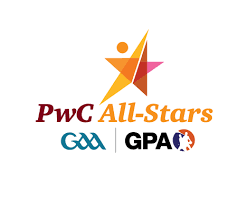 Ahead of the Minor Star Awards, Electric Ireland has named the Football Team of the Year, which includes four Kerry Minor Footballers – congratulations to the selected players Owen Fitzgerald, Colm Moriarty, Darragh Rahilly and Paul Walsh. A few other players will rightly feel that they too deserved to be named but they can rest assured that they too have a bright future ahead in Kerry football!

In the PwC All-Star Football Nominations, both Gavin White and David Clifford have been nominated. David has also been nominated for Young Footballer of the Year along with Brian Howard (Dublin) and Michael McKernan (Tyrone). The winners will be presented with their awards at a gala black-tie banquet in Dublin’s Convention Centre on Friday, November 2nd.