You are here: Home/ News/ Kerry are Richie McElligott Champions! 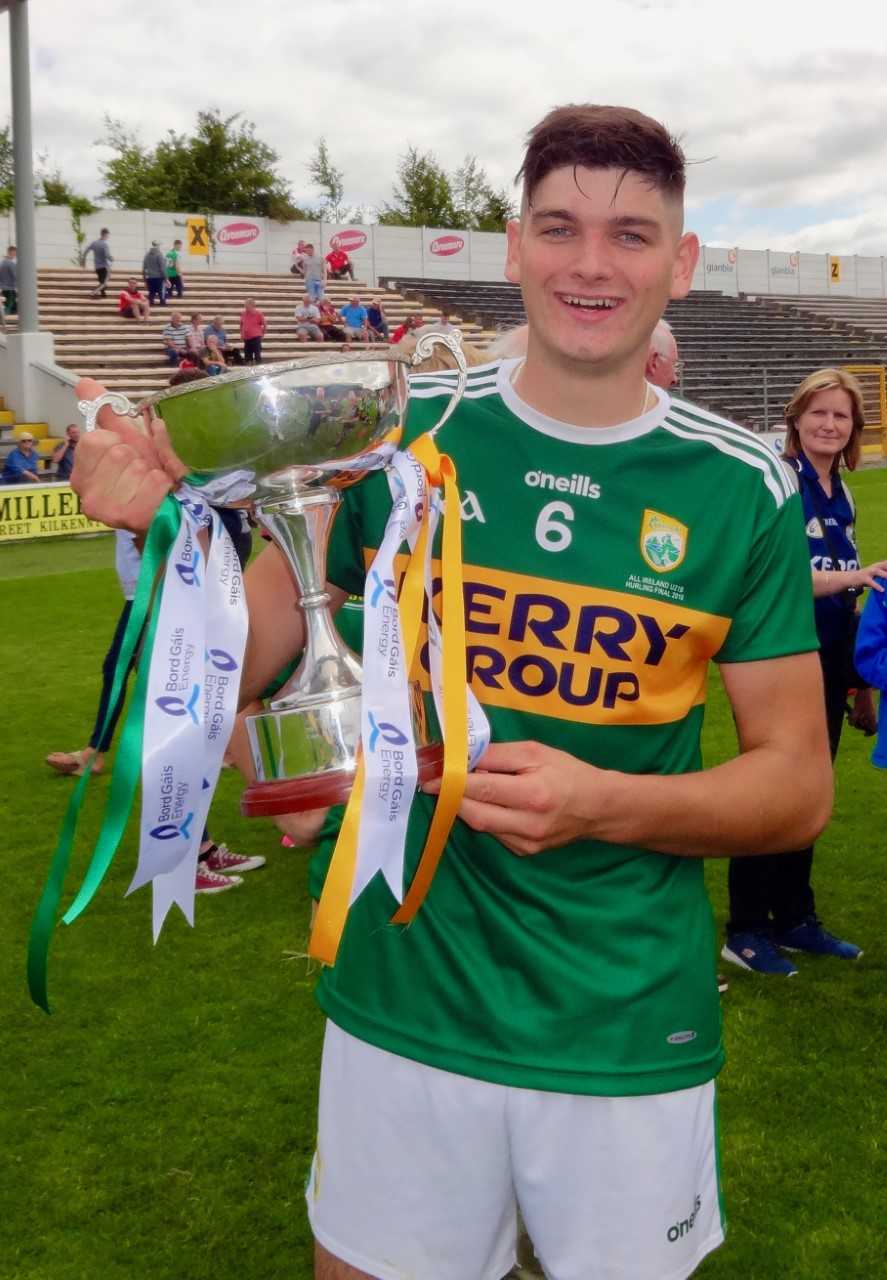 In this final played in Nowlan Park Kilkenny on a carpet like surface Kerry completely outplayed a Derry side that flattered to deceive early on as they drew level with Kerry on seven minutes three points all. Fionan MacKessey put Kerry four points to three ahead a minute later and Kerry never lost that lead. Jason Digging the Kerry captain pointed as did Jordan Conway, Derry had their fourth point from Richie Mullan who was quite impressive when he received and kind of ball but the Kerry backs made sure he did not receive that supply very often. Before halftime Kerry were down to fourteen but still managed to bag a further goal and three points, Shane Conway supplying the points and Jordan Conway finding the net.Kerry led 1.09 to 0.06 at halftime

Corey O'Reilly and Richie Mullan tapping over a point each for Derry. Even though Kerry were playing with fourteen in the second half sometimes it looked as if they had the extra man so dominant were they in all sectors of the field. Barry O'Mahony opened their account with a point in the second period followed by points from Michael Leane with Shane Conway providing two before Gearoid Fennessey had a point shortly after his introduction. Shane Conway added two more points as did Michael Leane, Eoin Ross chipped in with a goal and Brandon Barrett also had a point. Derry only added five points in the second half, their huge effort was not enough for this smooth running skillful hurling machine that is the Kerry under twenty one team.This team find themselves in the dilemma of being too good for the B competition and perhaps not good enough for the A competition, there needs to be a three tier competition.