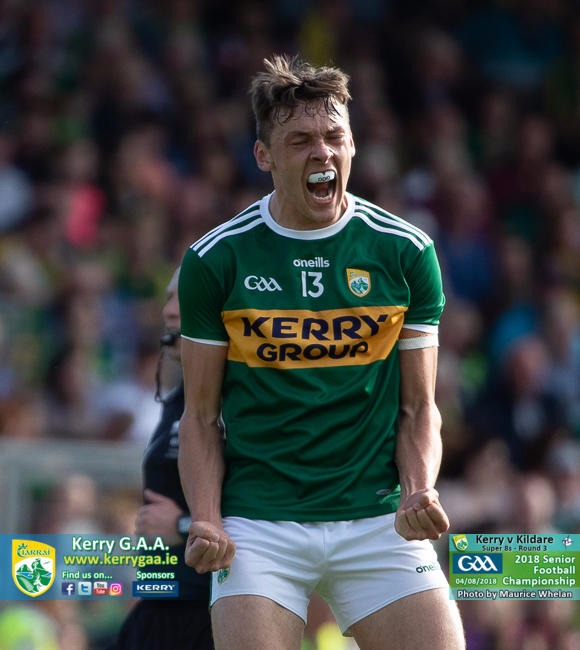 For only the third time since 2000 Kerry won't be in the All-Ireland semi-finals after failing to get out of the All-Ireland Quarter-final group despite beating Kildare by 12 points in Killarney.

That was only half the task facing the Kingdom, but the other part was out of their control in Salthill, and with Monaghan beating Galway up there it sealed Kerry's fate, which is an earlier than usual exit from the Championship.

Kerry knew their Championship survival would be determined at Pearse Stadium as much as in Killarney and so it came to pass despite their big win over a Kildare team that finished with 12 men on the field at the end, after a couple of red cards and a black card.

What Kerry take from this performance into a long winter of introspection is for another day but it was a scratchy performance from Kerry, at least until Kildare were reduced to 14 men just before the interval. Thereafter Kerry made hay in the open spaces but they will take little, if any, consolation from what has been a very poor Super 8 campaign.

All of the drama was reserved for the last 10 minutes of the first half when Kildare momentarily opened up a six-point lead but then had goal scorer Neil Flynn sent off on a red card with full back David Hyland following soon after for a black card foul.

Flynn's goal came in the 31st minute when he easily turned Jason Foley and dispatched it past Brian Kelly to make it 1-9 to 1-6 to the visitors, after David Clifford's penalty seven minutes earlier had hauled Kerry back on level terms, 1-5 to 0-8, after a lifeless start from the home side.

Kerry never led in that first 25 minutes as Kildare looked like the team chasing a place in the All-Ireland semi-finals, with Paul Cribbin kicking some brilliant long range points. Trailing by three David Moran was bundled over to win a penalty, which Clifford coolly placed past Mark Donnellan, but Kildare reacted like a team with plenty to prove, and two fine Cribbin points had them 1-12 to 1-6 ahead with Kerry at sixes and sevens all over the field.

Flynn's sending off came in the 35th minute with Sean O'Shea (free) and Clifford mining late points to leave Kerry trailing by four at the interval.

Kerry made their numerical advantage tell in the second half, and they got the perfect start when Clifford capitalised on a Donnellan mistake to roll his second goal into an empty net, and Geaney soon had the scores level, 2-9 to 1-12. Thereafter it was all Kerry as they finally found their rhythm, with O'Donoghue's goal in the 45th minute easing fears that Kerry might win, but not by enough.

They needn't have worried on that score as they piled on the scores against a Kildare team that had Mick O'Grady red carded late on, but it's Monaghan and Galway who advance from Group One, leaving Kerry and Kildare to reflect on their respective campaigns.