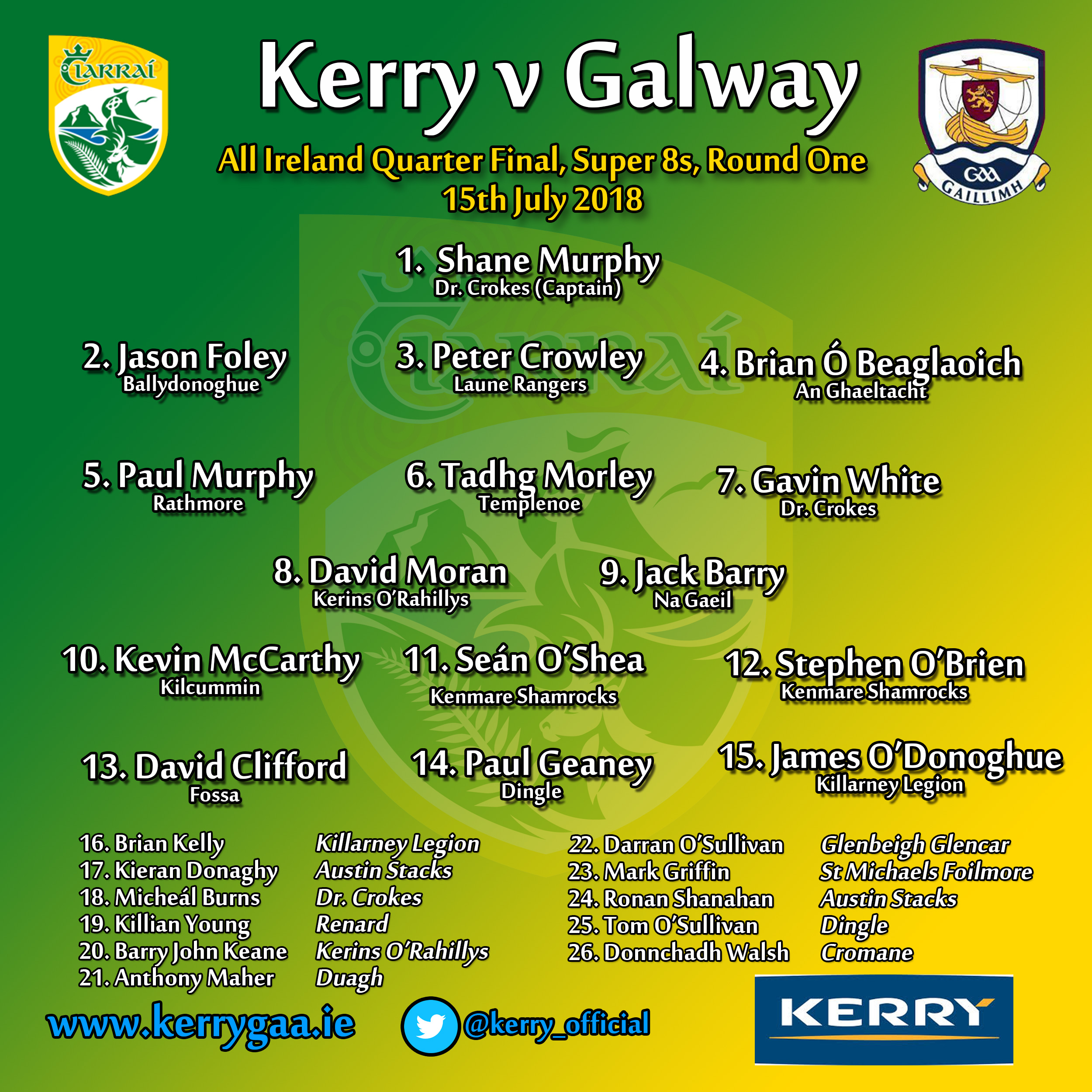 By John Harrington at Croke Park (from GAA.ie)

This All-Ireland SFC Quarter-Final wasn’t the feast of attacking football neutrals might have hoped for, but Galway will hardly mind.

They showed a lot of grit and self-belief to overcome a disappointing Kerry who were almost totally reliant on the brilliant David Clifford to keep them in the game.

This felt like a really significant victory for Galway, and not just because it was their first over Kerry in Championship football since 1965.

If there were any doubts about their ability to really challenge hard for the Sam Maguire Cup this year coming into the game, there surely aren't now.

It was an arm-wrestle of a contest for the first 50 minutes, but in the final 20 Galway comprehensively overpowered Kerry’s young side.

In that period they played with the sort of precision that had eluded both sides in what was a fairly miserable and error-strewn first half of football.

To be fair, the weather conditions made life very difficult for the players.

A fine rain sheeted down throughout the match, turning the ball into a bar of soap and making underfoot conditions really difficult too.

Still, the quality of the play for most of the first half in particular was well below what you would have expected from two teams with so many high calibre footballers.

Kevin McCarthy got the game off to a promising start with a nice point after just three minutes, but we’d have to wait another ten for the next score when Shane Walsh leveled the game up with a free.

David Clifford immediately replied with a typically classy point for Kerry, but Galway were coming more and more into the contest and points from Ian Burke and Paul Conroy edged them ahead by the 17th minute.

Conroy was making his presence felt in the middle of the pitch, but unfortunately for him and Galway he was forced off the field shortly after scoring that point when he and Seán O’Shea came together in a thunderous collision that echoed around the stadium.

Both players were panned out on the ground after it, but Conroy came off worse with what was diagnosed after the match as a double leg-break.

Kerry’s David Clifford was one of the few players on the pitch who seemed unaffected by the difficult playing conditions, and his second point of the day drew Kerry level at 0-3 apiece after 20 minutes.

The delay caused by Conroy’s injury meant we had eight minutes of injury-time, and that was the signal for the match to finally burst into some sort of life.

Shane Murphy edged Kerry ahead with a well converted ’45, but Galway were given a shot in the arm when their captain Damien Comer finally wriggled clear of marker Jason Foley to kick his only score of the day.

Paul Geaney restored Kerry’s lead, but it was Galway who finished the stronger before half-time as points from Shane Walsh (f) and Ian Burke helped them into a 0-6 to 0-5 half-time lead.

The early stages of the second-half were tit for tat, and a 50th minute point by Clifford leveled the scores at 0-8 apiece.

But when Shane Walsh showed great pace and power to muscle in along the end line and flight over a point that pushed Galway into the lead again, it signaled a shift in the balance of power.

More and more men in maroon were now coming out on top in the physical exchanges, and as the pressure grew on the Kerry defence cracks began to appear in it.

Declan Kyne exemplified Galway’s growing self-belief when he drove forward to kick an inspirational score, and shortly after that Kerry were struck a mortal blow when Killian Young was red-carded for an off-the-ball incident.

Galway made the most of their numerical advantage, thanks largely to the huge impact made by substitute Adrian Varley who kicked two points in quick succession after his introduction.

A Shane Walsh free increased Galway’s advantage to four points, and then they drove the final nail in Kerry’s coffin with a lightning counter-attack that finished with another substitute, Patrick Sweeney, blasting the ball to the back of the net.

There was one late dying kick in Kerry as Clifford converted a free and then followed it up with a last-gasp goal.

It made the final scoreline look less harsh, and it might yet prove to have been more than a cosmetic exercise if this group is decided by scoring difference.

For that to come to pass though Kerry will have to show a huge improvement when they travel to Clones for what’s now a do or die clash with Monaghan.