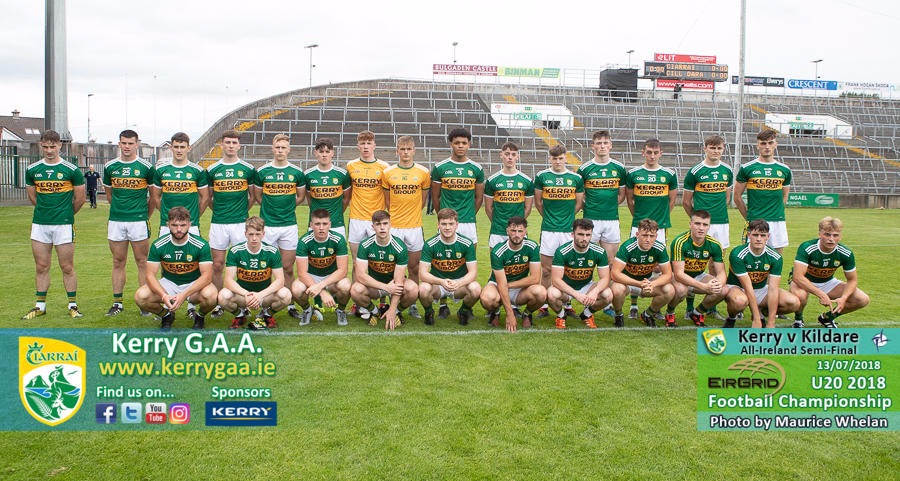 By Ger McNally at the Gaelic Grounds ( from GAA.ie)

Jimmy Hyland scored 1-8 as Kildare just about held off a late Kerry onslaught in the Gaelic Grounds in Limerick to qualify for the first ever All-Ireland Under 20 Final.

The last of Hyland’s personal haul, and Kildare’s last point in the game, came in the 54th minute and put them seven points clear but Kerry came storming back into the game late on.

Substitute Michael Potts hit the Kildare net with his first touch in the 57th minute to spark an unanswered run of 1-3 for the Jack O’Connor managed Kerry team and leave Kildare hanging on by their fingernails.

Despite the late drama, this was a deserved win for a Kildare side who were led from midfield by their captain Aaron Masteron.

Hyland’s fifth point moved Kildare into a 0-9 to 0-5 lead in the 24 minute but Kerry finished the half strongly and a couple of Fiachra Clifford points helped them cut the gap back to one by the break.

Paddy Woodgate and Donal O’Sullivan swapped points early in the second half but in a crucial period midway through the second half, Kildare scored an unanswered 1-3. Fittingly, it was Hyland who netted the goal after 47 minutes after Ruadhan O’Giollain intercepted a Stefan Okunbor free kick and fed him with a pass.

Kildare only scored one point in the final 13 minutes of normal time plus six added minutes but they held on to record a famous win.