You are here: Home/ News/ Kerry Juniors and Kerry U20s 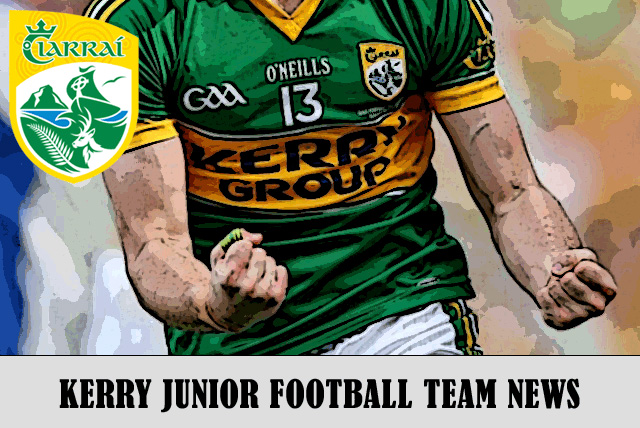 The Kerry Juniors and Kerry U20s

Congratulations to the Kerry Juniors who beat Kildare in the All Ireland semi-final.

Kerry were hit with a number of injuries after their Munster final victory but they still named a very strong panel to take on Kildare.

After starting strong, Kerry let Kildare back into the game and with time almost up a goal from Kildare left only 3 between the sides. Then Kerry broke away for Cillian Fitzgerald’s goal to seal their path into a fifth straight All-Ireland decider.

Kerry meet Galway in the final which is due to be played the weekend of July 21st.

This weekend the Kerry U-20s are in action in their All Ireland semi-final.

Last Friday night Kildare beat Dublin in quite a convincing manner to set up their semi-final meeting with Kerry.

There’s a tough task ahead for Kerry but Jack O’Connor and his management team will have them well prepared.

The venue, date and time for this fixture was announced on Monday. The game goes ahead on Saturday at 4pm in the Gaelic Grounds Limerick.