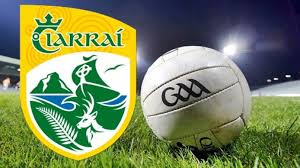 KERRY ARE 60 minutes away from landing their fourth All-Ireland junior football title in succession after a six-point win over Kildare in today’s last four clash.

Eoghan Lawless hit the net from a 63rd minute penalty to leave Kildare just three points behind but as they chased a late equaliser Kerry counter-attacked and goaled through Cillian Fitzgerald to make the game safe.

Paudie Clifford, older brother of senior star David, set-up Fitzgerald’s late goal and chipped in with 1-3 himself in a fine display from centre-forward.

Kerry were forced to field an entirely new team this season after last year’s victory, but Jimmy Keane has come back with a very strong side including Denis Daly who logged National League minutes under Eamonn Fitzmaurice in 2017 and 2016.

It’s the fifth All-Ireland final in-a-row Kerry have made at this grade. They lost to Cavan in the 2014 decider before beating Mayo (2015 & 2016 finals) and Meath last year. They’ll play Galway in the final after the Tribesmen defeated Kilkenny by eight points in the other semi-final.

With Clifford pulling the strings at centre-forward, Kerry had a cracking start to this game. The Kingdom roared into a 1-6 to 0-1 lead after 15 minutes, with Clifford’s goal arriving after a brilliant run and finish.

Kildare finally raised a gallop with six unanswered scores before the break as their powerful running game began to yield frees for Campbell and Noone to convert.

Lawless brought the Kildare challenge down the home straight, scoring two frees and a goal from a spot-kick to leave them 1-17 to 1-14 behind in second-half stoppage-time. Then Kerry broke away for Fitzgerald’s goal to seal their path into a fifth straight All-Ireland decider.