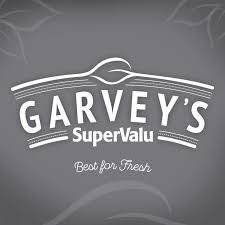 Holders Ballyduff were made to battle all the way before they saw off the stern challenge of a Shane Nolan inspired Crotta O’Neill’s side in this Rd 2A  SHC clash played at the Austin Stack Park on Saturday evening on a 2-13 to 0-16 score-line and so qualified directly to the semi-finals.

Crotta with Sean Weir keeping tabs of Ballyduff danger man Podge Boyle led 0-11 to 2-4 at half time with Shane Nolan scoring all but one of Crotta’s tally mostly from placed balls while Ballyduff struck with two  goals from Jack Goulding with 2-5 ( all from play).

Mikey Boyle missed a 44th minute penalty for the champions but while Crotta tested them Ballyduff struggled to go through the gears but just enough despite having Gary O’Brien red carded with ten minutes to go.

Ballyduff started without keeper P J Gorman with veteran Liam Boyle taking his place between the posts and rolling back the years to a time when his dad ( also Liam) was Ballyduff’s number one net minder.

Aidan Boyle and Padraig O’Grady also missed out so Ballyduff will be stronger in the semi-final and they will be expecting to more ball into their full forward line who can really do damage.

Crotta O’Neill’s are very reliant on Shane Nolan and this is one area they will have to work on for the next round as they need a better spread of scorers.

For the opening quarter of this must win round 2B meeting of neighbours Kilmoyley and Ballyheigue, it appeared that the first major shock of the SHC was about occur as Ballyheigue 0-7 to 0-1 clear inside twelve minutes. But once Kilmoyley got a 14th minute goal, they were on level terms by the 20th minute, led by two at the interval before resuming a different side, putting Ballyheigue to the sword in a one sided second half.

Kilmoyley will improve with three weeks to fine tune their game plan before the next round while Ballyheigue will be left to reflect on how they could play well for one way and then completely lose their way in the other.

Ballyheigue started the game as if they were going to blow Kilmoyley away they fired over 0-7 and only one wide in an explosive twelve minute spell. Points from Michael Leane ( 2), Philip Lucid ( 2), Ronan Kenny, Sean Colgan  ( 2) had their supporters dreaming as Kilmoyley could only manage a Sean Maunsell point from play.

However it was a mere mirage as Kilmoyley eventually realized that they were in a knock-out championship game and Maunsell fired over a point and then a rather fortuitous goal finished to the net by Conor Fitzell.

Ballyheigue could not buy a score as they failed to trouble the score board for twenty minutes as Kilmoyley added points from Joe McElligott (2),  Maurice O’Connor, Daniel Collins and Sean Maunsell.

Gary Galway finally Gary Galway ended the Ballyheigue drought three minutes into injury time but then Jordan Brick pounced like a tiger a minute later and billowed the Ballyheigue net. Rob Collins added a pint but after the move of the game, Ballyheigue’s Michael Leane produced a moment of magic, to score a goal out of the trap drawer with a great run,, some trickery and a sublime finish. So Kilmoyley retired 2-8 to 1-9 in front and it was expected that it would be game on in the second half.

However Kilmoyley resumed a transformed side as Ballyheigue faded and only managed two second half points from Philip Lucid. Meanwhile Kilmoyley added 1-10 with Maurice O’Connor getting the goal in the 43rd minute with Daniel Collins, Joe McElligott, Sean Maunsell, Flor McCarthy, and the precocious Jordan Brick all adding to Ballyheigue’s agony and they also finished with 14 players but it mattered little as the game was in its dying embers.

St Brendans do enough to win as Abbeydorney make exit

St Brendans just did enough to repel the challenge of a wasteful Abbeydorney side in this Round 2B SHC game played at the Austin Stack Park on Sunday afternoon.

The first half was competitive with St Brendan’s upping their game in the second quarter to lead 0-11 to 0-7  by half time but both sides were guilty of some poor marksmanship in the second half; St Brendans just added 0-6 while Abbeydorney could only manage 0-4 and five wides on the trot in the third quarter, that ultimately  would cost them dearly.

. The sides were level on 0-4 apiece after a slow burning opening quarter with John Egan, Fionnán Mackessy, Cian Hussey and Brendan O’Connor on the mark for St Brendans while Michael Slattery, Michael O’Leary and Aidan Healy (2) responded for O’Dorney.

O’Dorney failed to score for the next thirteen minutes, as St Brendan’s took over with good runs from Tom Moloney (0-1) and Daithí Griffin (0-2), Padraig Kearney (0-1) along  the mercurial John Egan showing  his class with two beauties.

O’Dorney finished the half with gusto thanks to two Michael Slattery points from placed balls and one from David Egan (play) as St Brendans led 0-11 to 0-7 at half time.

The third quarter saw O’Dorney huffing and puffing but they could not blow St Brendan’s house down, as they shot five wides in row in the third quarter while  St Brendans added three points, two from Cian Hussey and one from Tom Moloney.

P J Keane and Stevie O’Sullivan closed the gap but the St Brendans defence were proving difficult to breach and St Brendan’s could afford five final quarter wides and still coast to victory with Cian Hussey and Fionnán Mackessy getting the pick of their points.

Causeway power their way to the semis

For the second championship game in a row Causeway have flexed their muscles and having clinically dispensed  the challenge of Lixnaw in this Rd 2A game at the Austin Stack Park on Sunday evening and they are now favourites to finally get their hands on the Neilus Flynn at the end of August.

This game was over at half time with Causeway in complete control leading 1-10 to 0-2 as Lixnaw were simply overrun in most positions  only  dogged defensive work by Darragh Shanahan and John Griffin prevented a tsunami of scores . However in the second half, Lixnaw showed marked improvement thanks to three second half substitutions and they outscored Causeway ( with the wind) by 0-10 to 1-5 and this might well be the only fly in the Causeway ointment.

Despite Lixnaw closing the gap to seven midway through the second half, Causeway responded  with  superb point from Gavin Dooley and opportunist  goal finished to the net by young Dan Goggin to extend their lead 2-14 to 0-9 and the final ten minutes were just going through the motions.

As for the game itself , Causeway laid down a marker in the opening half as Lixnaw could manage two scores, a 3rd minute Shane Conway sixty five and a 16th minute John Griffin point from play and four wides to boot.

Meanwhile seven different Causeway players got their names on the score sheet, Bryan Murphy’s side line cut a thing of beauty, Keith Carmody showing what a loss he is to the Kerry hurlers with such an economical style and Brandon Barrett’s free taking filling the void left by Paul McGrath. But the real gem unearthed by Causeway is Gavin Dooley who pounced when he collected a long delivery from Evan Murphy and flashed it to net- as one supporter uttered “the apple never falls far from the tree”!

Lixnaw did play well in the third quarter adding seven points, five Shane Conway frees and one each from Brother Mike and a sublime effort from Darragh Shanahan.

But once Jason Diggin’s effort came back off the post and Dan Goggin stuck it in the net, it was game over and as a team Causeway under Maurice Leahy look like a side who have added that killer instinct with the obvious talents of the squad and they will be hard to beat now that they are straight through to the semis.