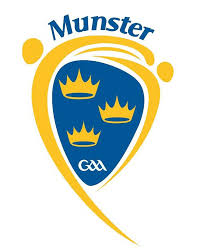 FOR THE SECOND consecutive week the Kerry U20s put up a big score as they secured their place in next Friday night’s EirGrid Munster U20FC final by defeating Waterford.

They did so with much the same ease as they defeated Limerick in their first outing last Friday night.

David Shaw registered Kerry’s first score after 16 seconds and it looked like a repeat of the procession in Newcastle West the previous week was on when they went 0-6 to 0-0 ahead after nine minutes.

Waterford did manage to stymie Kerry somewhat in Kerry having to wait until the 19th minute to get their next score through Dara Moynihan before their first-half goal came five minutes later. Waterford goalkeeper Aaron Beresford blocked team captain Donal O’Sullivan’s first effort at goal before the team captain put in the rebound with the hosts lead at half-time 1-11 to no score.

The Kingdom brought their total up to 1-17 before Waterford substitute Aodhan MacGearailt finally got the visitors on the scoreboard in the 43rd minute before Dara Moynihan found substitute Ciaran Kennedy in plenty of space for Kerry’s second goal six minutes later and a lead of 2-19 to 0-1.

In the 53rd minute came Kerry’s third goal through a David Shaw penalty as Stefan Okunbar and Diarmuid O’Connor impressed on the night in their 30 point win.

Ciaran Walsh, Corey Kennedy and Tom Barron tried hard for Waterford in what was always going to be an impossible exercise as the first real test of this Kerry side is likely to come in next week’s decider against Cork on home turf.