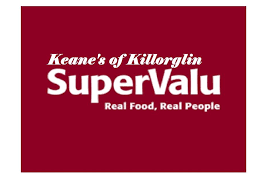 13 teams shall participate in the Competition.

Kerins O Rahillys will play in a Preliminary Rd and if beaten will not progress to the Group stage.

4 Groups with *three teams in each group, will play in a round robin series with top two in each group progressing to the Qtr Finals.

*Depending on result of Preliminary game – one group may have four teams.

In the event of teams finishing on equal points in a Group, the tie shall be decided by the following means and in the order specified:

Note: Where a team concedes a game, that team will be placed below any other team with same number of points in that Group.

Each team in the Group will play one ‘home’ game, one ‘away’ game.

Extra Time will be played in the event of a draw in the Qtr Finals & S/Finals.

S/Finals & Final will be played at neutral venues.

Draw for the Qtr Finals will be an ‘open draw’. Exception – teams who played in same group to be kept apart.

Draw for the S/Finals will be an ‘open draw’.

Rd 1 of the Group stages will be played on Tues June 26.

Note: Kerins O Rahillys will also take part but if defeated in Preliminary Rd. will be eliminated from the competition.

Date to be confirmed