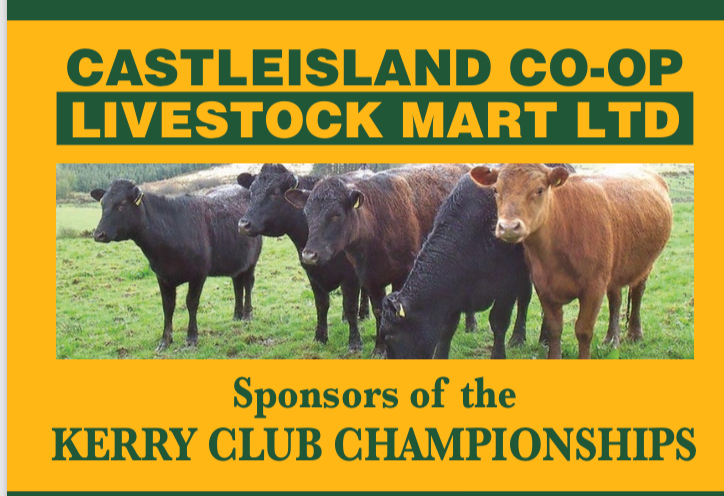 The County Junior Premier curtain raiser was one of those truly great county finals that neither Beaufort nor Na Gaeil deserved to lose but Beaufort prevailed by a point after extra time on a 4-13 to 2-18 score-line. It was an amazing game as Stefan Okunbor served notice to Kerry fans and Eamonn Fitzmaurice that he may be ready for senior duty.

It was a game that displayed what is best about football when it played the properly and both Beaufort and Na Gaeil deserve huge credit for battling it out, man to man in the trenches and it was the Mid Kerry side who prevailed by a single point.

Na Gaeil raced 0-4 to 0-0 in front inside the opening ten minutes, Jack Barry kicking a massive point but Beaufort got a goal from Fergal Hallissey after the Na Gaeil fullback line failed to deal with a Liam Carey cross.

Okunbor was brilliant at fullback and later at midfield as Na Gaeil lead 0-10 to 1-5 at half time as Beaufort only converted 46% of their chances while Na Gaeil were on 83% with Andrew Barry and Diarmuid O’Connor to the fore.

But Beaufort never panicked as is the wont of top flight sides and Na Gaeil did not score in the third quarter as Beaufort moved two clear. Na Gaeil thanks Diarmuid O’Connor and Darragh Carmody restored a two point leading entering injury time but Beaufort levelled through points from Liam Carey and Ciarán Kennedy.

Na Gaeil thanks to two Devine frees cut the gap to a point but Beaufort with Nathan Breen, Mike Breen, Ronan Murphy and Liam Carey outstanding then struck the killer blow when the Na Gaeil keeper was caught in no man’s land and Ciarán Kennedy finished to the net.

But Jack Barry refused to give up and when Andrew Barry crossed, Diarmuid O’Connor finished to the Beaufort net and it was a one point game and one minute left. Na Gaeil and Okunbor were in possession when the referee blew for full time and Beaufort were winners but it was some exhibition of attacking football and a feast for the large crowd who witnessed a classic.