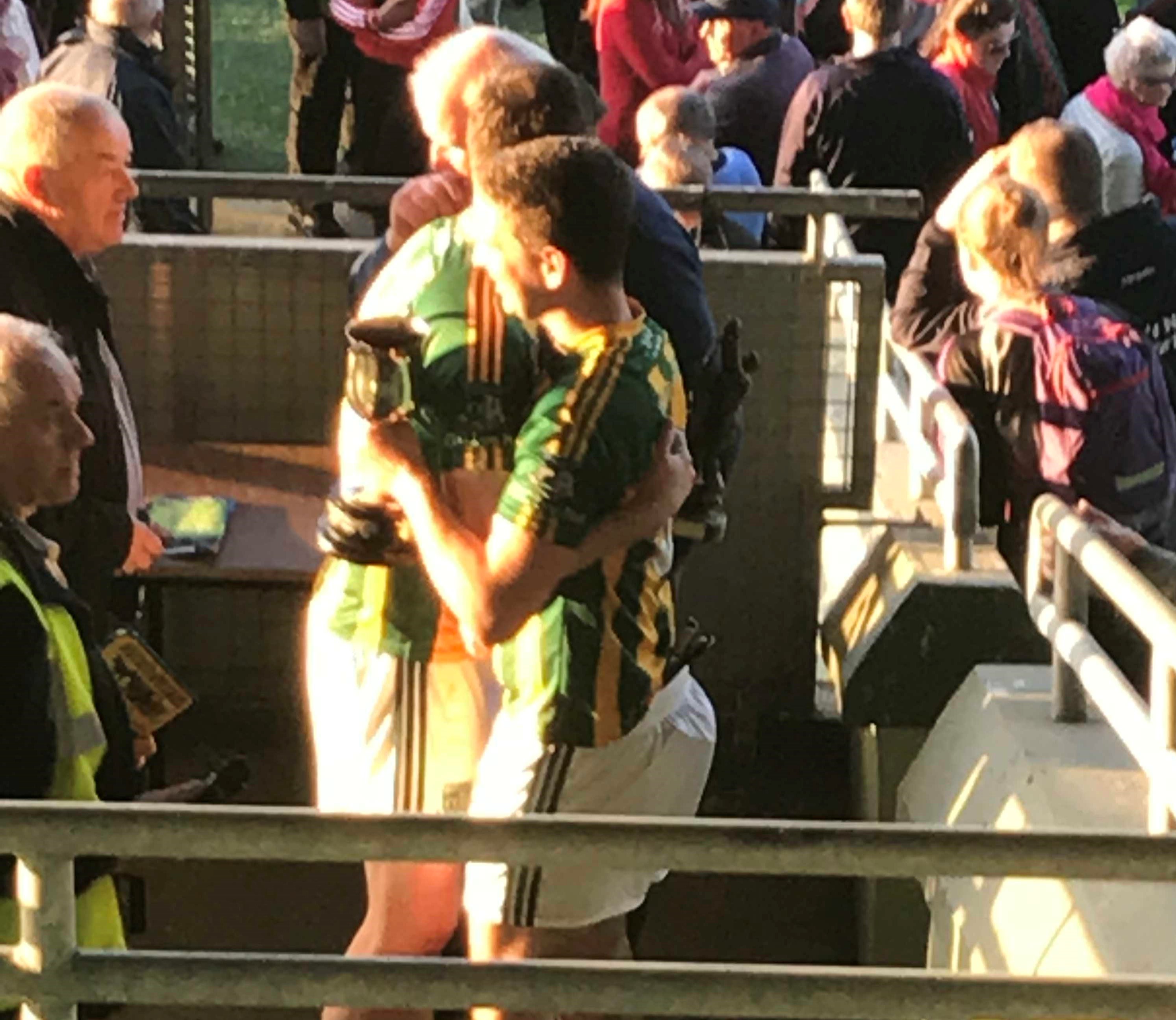 Lispole’s second half shut out denies Beale by Donal Barry

In an evening in which supporters got to enjoy some summer sunshine, they were also treated to a wholehearted contested in which both sides number thirteen’s did all that they could to get their team over the line.

In the end it was the sparkling second half performance of man of the match Declan O’Sullivan whose five points from play in the second period proved the catalyst to send the victory back to West Kerry. This after an equally impressive performance from Beale’s number thirteen Darragh Buckley who finished the final with 1-6 to his name.

Lispole started the brighter with Tomas O’Criobhain and Declan O’Sullivan registering points inside the opening five minutes. It could have been a much different story had Beale’s Killian Walsh O’Boyle’s shot on goal not blocked by the timely intervention of Ronan O’Grifin, after he had been played in by Tom Joy.

A couple minutes later Beale had opened up the normally solid Lispole defence again but this time Cormac Linnane’s shot dragged past the post.

Therefore, it was no shock when Beale finally inflicted Lispoles first conceded goal in the championship on them on the 20th minute and it was Darragh Buckley that found the way in. Within minutes, he had added a brace of points and when Tom Joy fired over another point on the 25th minute, Beale were now 1-5 to 0-2 clear and seemingly coasting.

Lispole who trailed Castlegregory by seven points in the semi-final set about their task and into the fourth minute of injury time Garreth O’Nuanain found himself at the end of a move he started to raise a green flag and Lispoles first score in over 25 minutes to leave just three between them at the break.

Lispole introduced Ciaran O’Suilleabhain (Cinn Aird) at half time and his second half contribution was to prove eye-catching picking up a lot of broken ball around the field. His first act was an assist for Declan O’Sullivan to fire over his opening point of the second half and despite Darragh Buckley converting a free for Beale, it was Lisople that were slowly reeling in their opponents. By the 40th minute the lead was back to just one as O’Sullivan and O’Nuanain reduced the gap to 1-6 to 1-5. Cormac Linnane gave Beale a little more breathing space on the 42nd minute with a fine individual score but it was O’Sullivan who would score a hat trick of impressive points from all ranges in the space of five minutes to finally put Damien O’Sullivan’s team into the driving seat as they now led 1-8 to 1-7.

It was a lead that would grow as Beale went on to record six wides, including a free and a shot off the post. Cathal O’Suilleabhain converted a Lispole free on the 51st minute from 40 yards and Donnacha O’hUigin had another point on the 55th minute as Lispole now enjoyed their biggest lead of the contest. As he did, in the first half, O’Nuanain would have the final score of the half for Lispole and when Darragh Buckley scored Beale’s last point deep into the six minutes of added time, it was to prove only their third of the half.