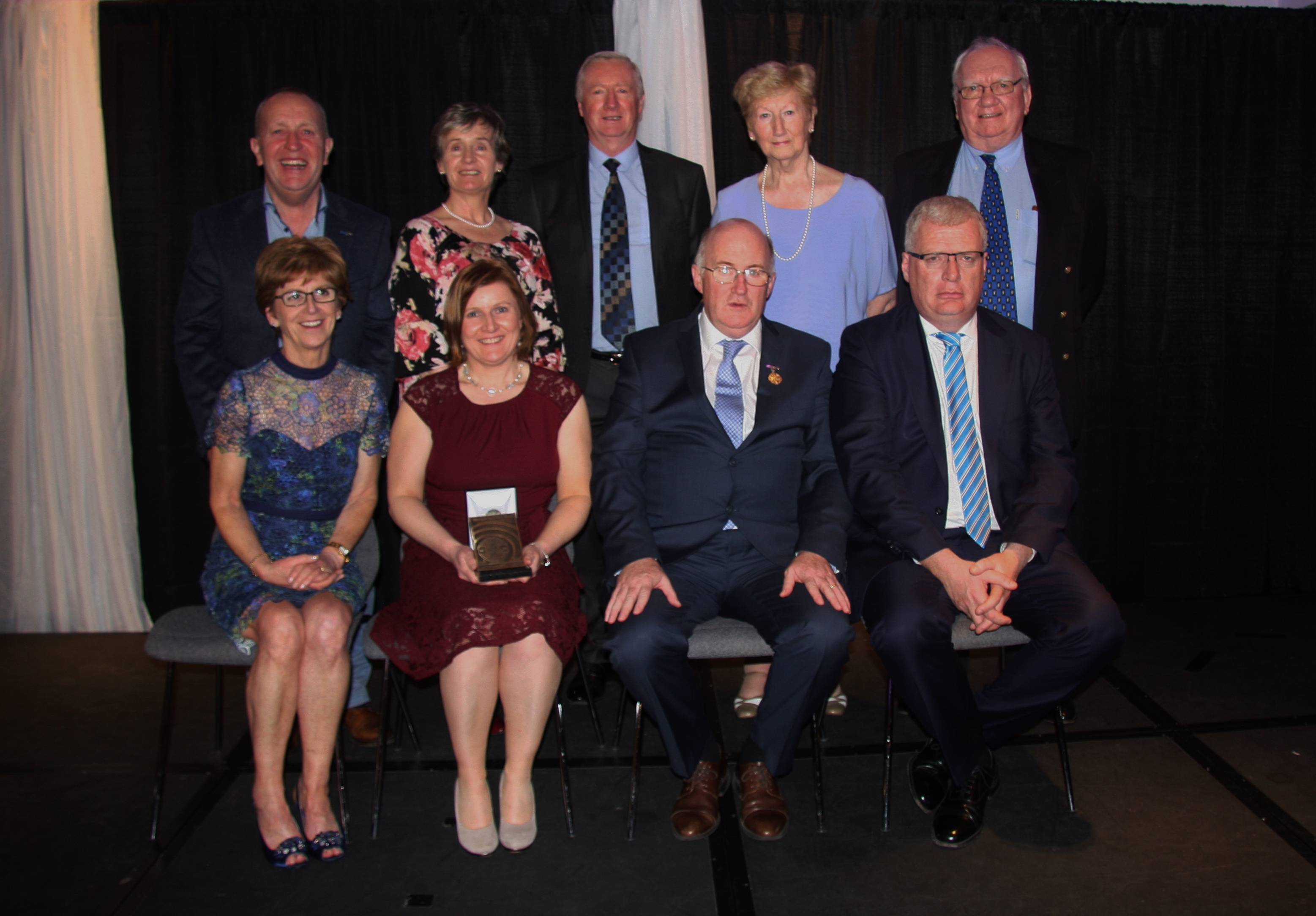 At a function in Croke Park on Thursday evening (March 29th), Austin Stacks were presented with a national GAA  award for “Best New Digital Initiative” for the Stacks100.ie website initiative. Stacks100.ie was produced by Rory Kirby and was specially commissioned by the club to celebrate our centenary year in 2017.

This website was commissioned especially to mark the centenary of the Austin Stacks Hurling and Football Club. Stacks100.ie is a wonderful tribute to the club’s rich history and the people who have played their part in the club’s development. The platform allows the user to dig deep and explore the evolution of one of Kerry’s greatest clubs through the use of mixed media. This digital platform is a priceless resource.

This is the club’s second national MacNamee Award, previously winning in 2014 with ‘Rockumentary’ – the story of that year’s Co & Munster Club Championship win.

At the function there were 10 awards in all presented as part of the GAA’s National Communication and Media Awards, named after the late Pádraig MacNamee, former President of the GAA, Chairman of the GAA Commission (1969-1971) and member of the RTE authority. They are presented annually in recognition of outstanding contributions made by individuals and Association units in the area of media and communications. The awards were presented by the President of the GAA, John Horan and MC for the evening was Damien Lawlor.

Other recipients of awards were: