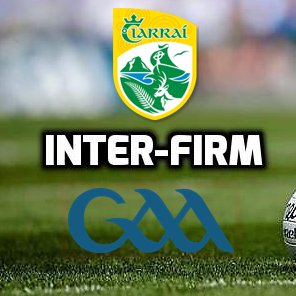 Medtronic got a great start with a goal inside the first minute after a strong run and shot to the back of the Liebherr net from Martin Cody. Liebherr responded with a point from a free by Daniel O'Shea on 3 minutes and a good score with the outside of the boot from Anthony Kennedy on 5 minutes. Liebherr had a good goal chance on 7 minutes but Daniel O'Shea was denied by a great save from Keith Murphy. Liebherr drew level with a point from O'Shea on 10 minutes after a good turn and shot. Liebherr were now on top and went in front for the first time with a point from Michael Shaughnessy on 13 minutes. Medtronic went back in front on 15 minutes after Dylan Canney linked up well with John McInerney before firing to the back of the Liebherr net. Liebherr had a chance to go back in front on 18 minutes but a shot from Anthony Kennedy was saved onto the post by Keith Murphy and cleared by Adrian Ward. Medtronic stretched their lead to 3 points with a good score from Colm Donovan on 19 minutes. Kieran O'Leary responded for Liebherr with a point from a free on 20 minutes and the margin was back to one point when Ryan Carroll scored a good point on the run after 21 minutes. Martin Cody made it a 2 point game with a point for Medtronic after 23 minutes. The lead was out to 3 points on 25 minutes after Barry Donovan scored a great point from distance. Liebherr finished the half well with points from Daniel O'Shea and Anthony Kennedy to leave the half time score Medtronic 2-3 Liebherr 0-8.

Liebherr made a good start to the second half and were level on 31 minutes with a point from O'Shea. O'Leary then put Liebherr back in front with a point from a free on 33 minutes. The lead was out to 2 points on 35 minutes when O'Leary pointed another free. Brian Friel stretched the lead to 3 points with a good score on the run after 37 minutes. Medtronic had their first score of the second half when Cathal Newnell kicked a fine score from distance after 39 minutes. Barry Donovan made it a one point game when he pointed a free on 42 minutes. Good play from Liebherr on 47 minutes finished with a point from Jamie Doolan to go 2 points clear again. Dave Walsh reduced the lead to a point with a good score on 52 minutes. Dylan Canney made it a level game again with a great score from a tight angle on 54 minutes. Adrian Ward fired Medtronic back in front with a point on 56 minutes. Barry Donovan put 2 points between the teams when he pointed a free on 58 minutes. Colm Donovan made it a 3 point game on 60 minutes with a great score from distance. Liebherr now needed a goal to force extra time but despite some late pressure Medtronic defended well to advance to an All-Ireland Final meeting with Suir Engineering from Dublin next month. Final Score: Medtronic (Galway) 2-10, Liebherr (Kerry) 0-13