The Draws were made last night by John Brosnan & Denis Griffin of Castleisland Mart and Tim Murphy Chairman of Kerry County Committee. Neutral venues for all round 1 games in the Senior, Intermediate and Junior Premier Championships where team 1 in the group plays team 2 and team 3 plays team 4 in the group.

In the Junior Championship, there are two preliminary games :

Games will either take place weekend of April 1st or April 8th depending on Kerry's progress in the Allianz League. 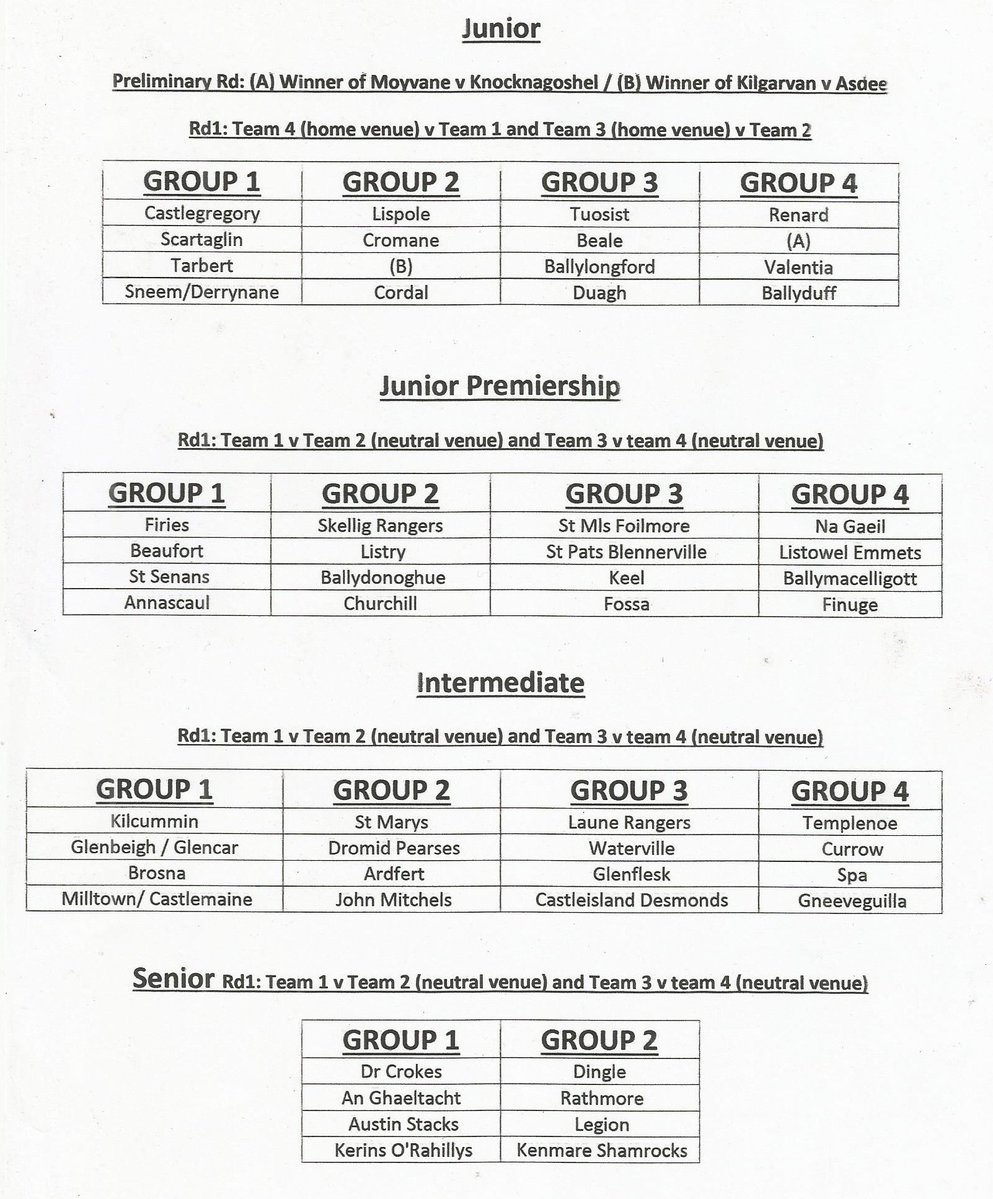 The draw for the Castleisland Mart Club Championship will take place on Thursday night, February 1st in the Pavilion, Austin Stack Park at 8pm. The draws will be live on the Kerry GAA Facebook Page. The Senior Club Championship will be organised on a League basis with two Groups of four teams. It was agreed to have an 'open draw' to decide the make-up of each group. At the first County Committee of the year, Delegates voted to seed teams in the remaining Club Championships based on last year’s semi-finalists plus the team relegated from a higher grade. Best of luck to all Clubs!