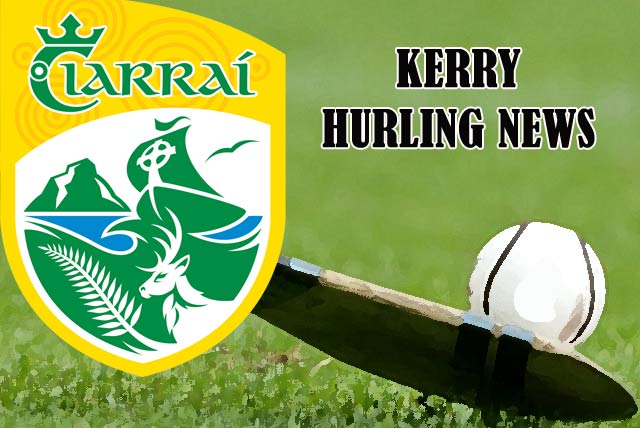 The Kerry Senior Hurlers will have their first outing of the new season on Saturday week, 30 December when they play Clare in round 1 of the Co-Op Superstores.ie Munster senior league. The game is fixed for Sixmilebridge where there will be a 2.00p.m. throw in.

Round 2 will be away to Limerick at the Gaelic Grounds on Sunday, 7 January while the first home game of the year will be on Sunday, 14 January against Cork at Austin Stack Park.

The 2018 Allianz Hurling League begins on Sunday, 28 Jan. Kerry will have an away game to London at Ruislip (1.00p.m.) in Round 1. Further rounds will be against Carlow (home) on Sunday, 4 February; away to Kildare at Newbridge on Sunday, 18 February; at home to Meath (12.30p.m.) on Sunday, 25 February – as part of a double bill with the senior footballers who play Galway and the final round against Westmeath (away) on Sunday, 4 March.

A number of hurling clubs have received Munster Council G.A.A. grants this week for various development works. Kerry clubs received a total of €93,308 from 15 applications. The three Kerry hurling clubs that benefitted were: Abbeydorney €1,085, Crotta €3,841 and Lixnaw €8,297.

The annual convention of the North Kerry Hurling Board will take place at Lixnaw G.A.A. Clubrooms on Thursday, 18 January.