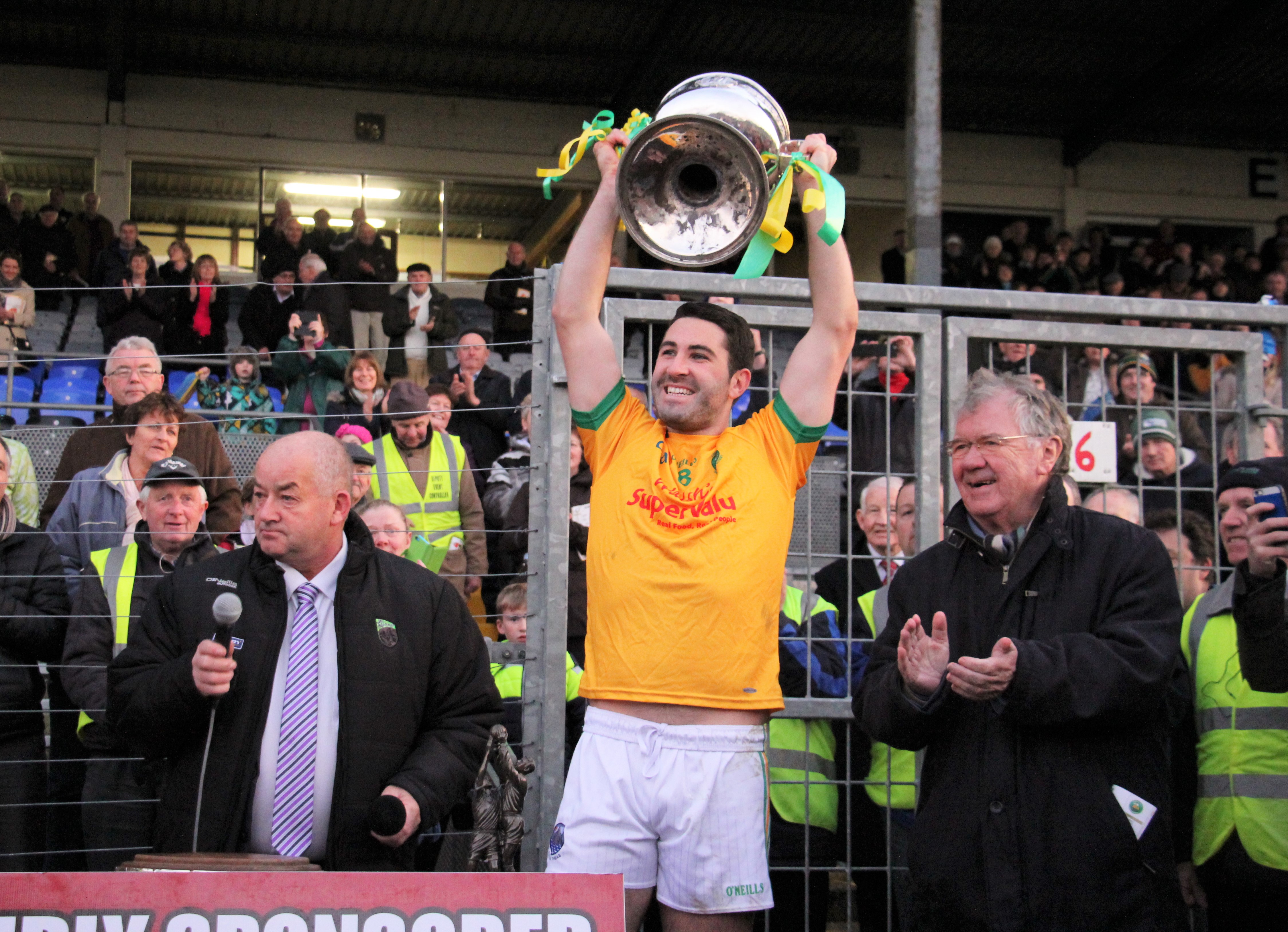 The two most decorated club sides in Munster football go head to head in the Munster senior club championship final at Páirc Uí Rinn on Sunday next. Between them, Dr Crokes and Nemo Rangers have won the provincial title on 22 occasions and they have added 9 All Ireland titles between them subsequent to the provincial honours – not a bad record by any stretch of the imagination.

Neither side had any great difficulty getting this far in the competition in Munster; indeed Nemo got a walk over from the Waterford champions in the quarter finals and had a very facile victory over the first time Limerick champions, Adare, in the semi finals. In contrast, Dr Crokes got enough of it in the opening round in Clonmel before orchestrating a six points victory in the second half over Commercials and while  they won with something to spare in the semi final against Clare’s Kilmurray-Ibrickane, they were in full battle dress rehearsal mode for a final on that day.

In hindsight, that easy passage to the final may work against the Cork champions. They were decidedly unsteady at the back in both the drawn and replayed county finals where they leaked a number of goals and they will have to rely on the training fields to correct those issues – facing a prolific scoring outfit like Dr Crokes that would be a prerequisite for success. The Killarney side of course have conceded only one goal in championship action this season and that was to South Kerry in the county final. Interesting then that their defence is sometimes regarded as their weakest link but they do have an outstanding goalkeeper in Shane Murphy and the likes of David O’Leary and Gavin White are having exceptional seasons.

Dr Crokes have an exceptional panel right now, they are of course the reigning All Ireland champions and it is going to take something special from Nemo Rangers to wrest the Michael O’Connor Cup from the Lewis Road side. It promises to be an intriguing game nonetheless and with the Kerry/Cork traditional rivalry thrown in, it promises to be a game well worth seeing. The game has a 2pm throw-in time and Sean Lonergan of Tipperary is the Referee.

An Ghaeltacht will hope to add the Muster Intermediate title to the senior title they won back in 2003 when they face Limerick champions St Senans at Tralee’s Austin Stack Park on Sunday next. An Ghaeltacht are after two tough games in the last few weeks winning the Kerry Intermediate title and then getting the better of Cork champions Mallow in the Munster semi final on Sunday week last. An Ghaeltacht will go into this game as favourites given their current status in Kerry football but as was proved in Dromid on Saturday last, championship games do not always run along expected lines. It will however be a major surprise if the Kerry standard bearers are nor crowned Munster champions on Sunday evening, The game throws in at 2pm with David Murnane of Cork the referee.

Dromid Pearses were given the fright of their lives before surviving a stern test from Limerick champions Galtee Gaels after an absorbing game that went to extra time in Dromid on Saturday (2-17 to 3-10).

The home side were eight points in arrears at one stage of the first half having conceded three goals to the visitors but by half time the deficit was down to five points. Three early second half points by Dromid seemed to signal that they would go on and claim victory without much fuss but scores dried up thereafter and it was not until the 58th minute that they eventually tied the scores to force extra time. Another vintage scoring performance from Graham O’Sullivan in extra time ensured that Dromid stayed on course for a Munster final  in two weeks time in Mallow against Cork champions Knocknagree.

Cromane are in Munster Junior B Semi Final

Cromane defeated Banner of Clare in the first round of the Munster Junior B Competition in Knockaderry on Sunday last (0-10 to 0-5) and will now meet Cashel King Cormacks of Tipperary in the semi final at the same venue on December 10th.