You are here: Home/ News/ An Ghaeltacht: Intermediate Champions 2017 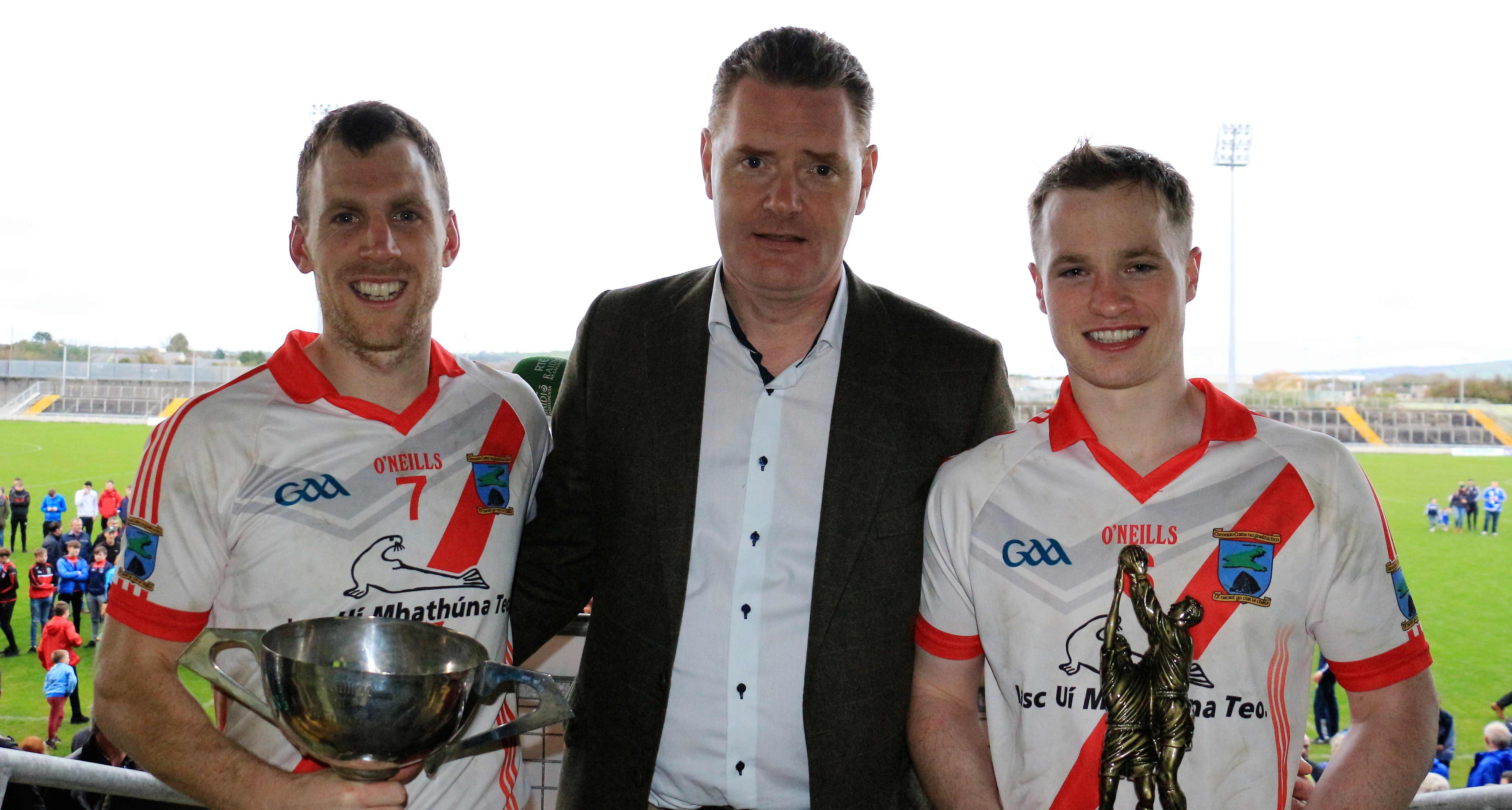 An Ghaeltacht are the Castleisland Mart Intermediate football champions for 2017 after a one point win over a valiant Templenoe in Austin Stack Park Tralee today.

An Ghaeltacht started the game on the front foot and almost had a goal in the first minute after a  brilliant 60 yard solo run by PJ Mac Láimh ended with a low shot being palmed away by the Templenoe keeper Anthony Sheehan. Play was called back for an earlier advantage and Dara Ó Sé put over the resulting free. It would take until the 6th minute for another score as Sean M Ó Conchúir scored a great point on the far right.

Templenoe were back in the game after 10 minutes as Killian Spillane popped up with two quickfire scores to level proceedings and Stephen O’Sullivan added another just moments later to give his side a narrow lead.

Sean M Ó Conchúir was pulling the strings in the An Ghaeltacht attack and put over two more points just after the 12th minute as the game was becoming end to end stuff but Teddy Doyle managed to  level it again with a smart point just before the half hour mark.

An Ghaeltacht hit a killer blow in the 16th minute as Sean M Ó Conchúir goaled after gathering Brian Ó Beaglaoich’s pass and fired past Anthony Sheehan into the back of the net.

With the score standing at 1-06 to 0-06 after 25 minutes, Templenoe looked like they needed something to get back into the game and had two great chances to goal within minutes of each other as Tomás Mac an tSaoir saved a Brian Crowley shot and moments later Cian Hallissey blasted a shot against the side netting

On the stroke of Half Time, both Dara Ó Sé and Cian Hallissey pointed frees to leave the score 1-07 to 0-07  as An Ghaeltacht held a three point lead at the break.

Templenoe came firing out of the traps just after the restart as Tomás Mac an tSaoir made another great save this time to deny Josh Crowley-Holland. Just after the 46th minute the score now stood at 1-09 to 0-09 as both Dara Ó Sé and Killian Spillane pointed twice each as the end to end contest continued.

Tomás Mac an tSaoir proved his worth yet again in the 53rd minute as he denied Josh Crowley-Holland again as the score stood 1-10 to 0-10 points with that three point lead still intact.

Templenoe were not giving up without a fight and points from Killian Spillane, Pat Spillane and the last in the 59th minute from Cian Hallissey had the scores level 1-10 0-13 as we neared the end of proceedings.

With five additional minutes it was edge of your seat stuff as both sides were looking to bring home the Fenian Cup, An Ghaeltacht drew first blood as Gearóid Mac an tSaoir pointed after a great solo run in the 61st minute and just a minute later Kerry Senior footballs ever present Tadhg Morley popped up to draw Templenoe level as we headed into the last three minutes.

Deep into the added time neither side were giving up in search of the winner and up stepped PJ Mac Láimh who fisted over in the 63rd minute scoring his third of the afternoon as An Ghaeltacht went on to see the game out one point winners as the game finished 1-12 to 0-14 in Austin Stack Park.