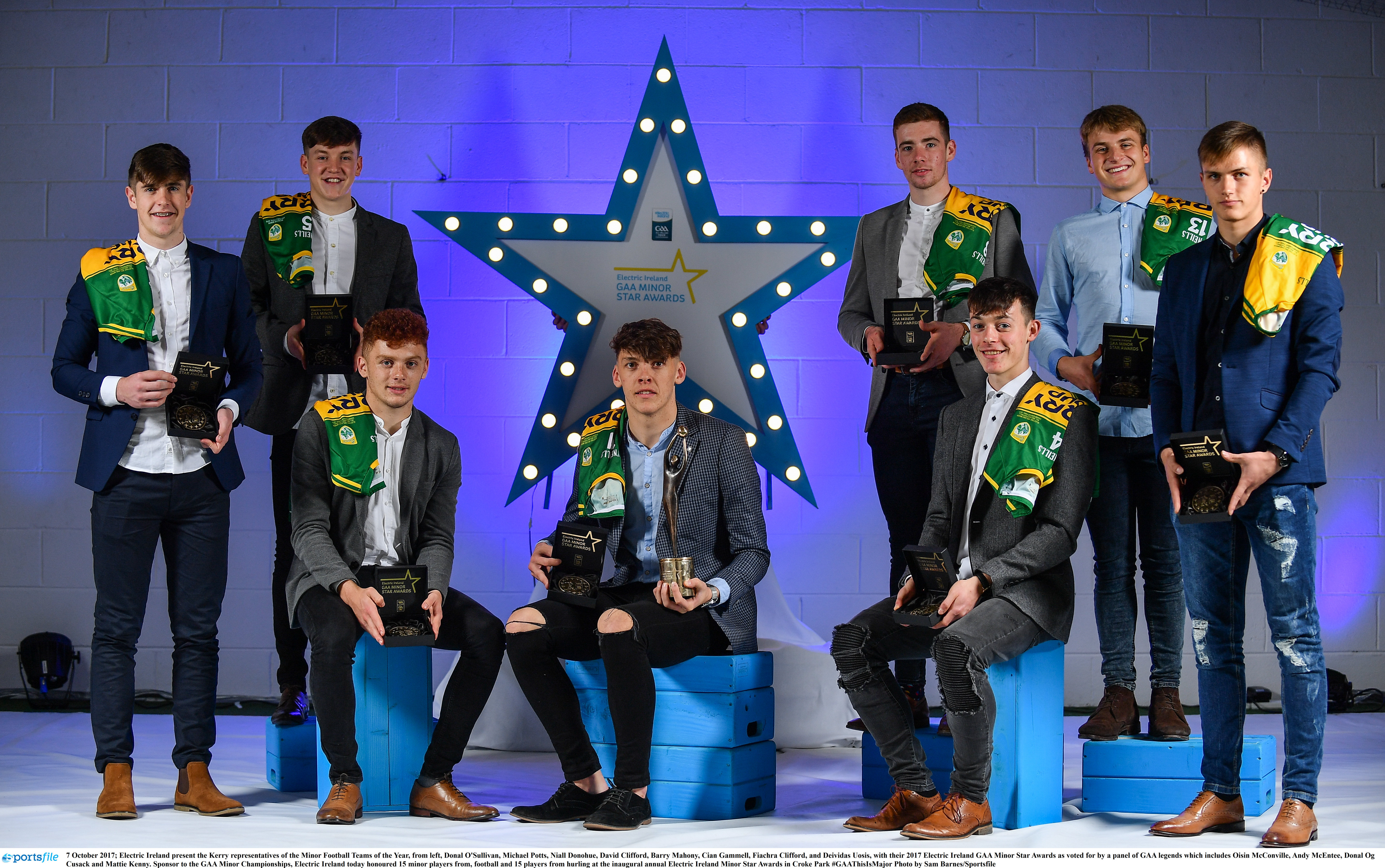 The Electric Ireland GAA Minor Stars Football and Hurling teams were honoured in Croke Park today and among them were the eight Kerry players who were named on the Football team.

David Clifford, was also named as Electric Ireland Minor Star Footballer of the Year the Fossa player being a key figure as Kerry secured their fourth Minor All-Ireland title in four years scoring 1-10 in the semi-final win over Cavan and 4-4 as Kerry defeated Derry in the Electric Ireland GAA Minor Football Final.

Kerry legend Jack O’Connor was also honoured with the Minor Star Special Merit Award, presented to him by Mícheál Ó’Muircheartaigh, for his significant contribution to Minor football in Kerry.