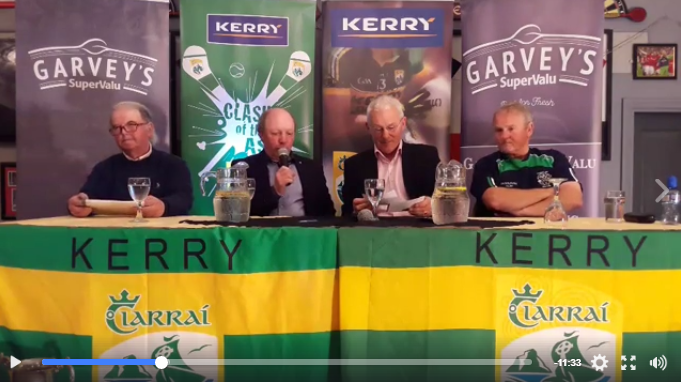 This week Kerry Gaa Tv were live in the Stretford End Sports Bar in Causeway.

Maurice Leahy was there to open proceedings and spoke about the Senior Hurling Final.

He spoke to John Hennessy Ballyduff & Sean Flaherty and Sonny Egan closed the firsts section with a song he wrote for the final.

The dancers representing Lixnaw and Ballyduff were:

The next section saw Willie Hillard open with some tunes.

Maurice and Sonny had a preview of the Minor Final between Crotta and Abbeydorney / Parnells.

Sonny has a special request to sing again.

The final section had the focus on the Garvey's Football Semi Final.

Tomás O'hAiniféin and Pat O'Driscoll had a look at the Club championships at all levels.

The Breen brothers Darragh and Conor opened and were joined by Thomas Breen and Mikey Fealey to close proceedings.