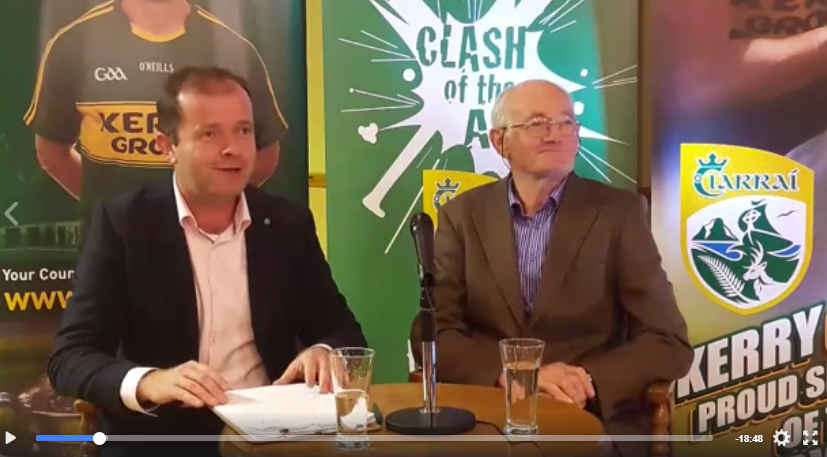 Kerry Gaa Tv had a live outside broadcast in the club rooms in Gneeveguilla Gaa Club.

The occasion was the launch of the very popular Gneeveguilla Carnival Weekend.

Don't forget if your club has a story to tell, you can organise a visit from Kerry Gaa Tv.

Give Stephen O'Sullivan a call at 086 8114335 or email assistantsecretary.kerry@gaa.ie

First up was a foootball review with Fionnán Fitzgerald and Colm Kelly.

Special thanks to Colm for stepping into the role at short notice.

In this clip local dancer Sean O'Keeffe does a séan nós dance.

Next up was local personality and presenter Sean O'Keeffe speaking with the club chairman Pat Barry and former Kerry player (1984 Captain) Ambrose O'Donovan.

Sonny playes a tune on the accordion.

Fionnán Fitzgerald talks to Pat Moyinhan who was the first Gneeveguilla man to play with the Kerry senior team (1966 to 1969).