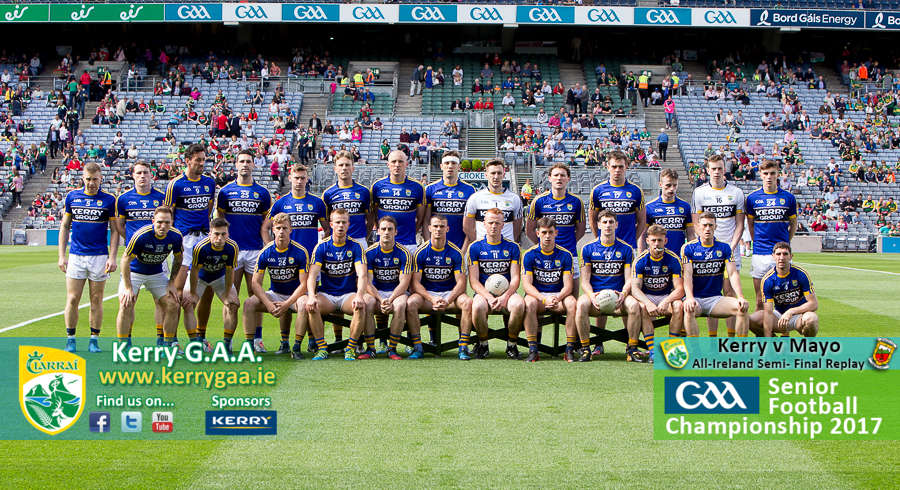 The afternoon ended with a guttural Mayo roar because it has been a gripping Championship for Mayo stuffed with matches and drama, but their adventure will go into September now.

Ultimately, that is where everybody wants to operate. Kerry left Croke Park with regrets, a campaign that promised so much ended at the penultimate stage again.

A purposeful first half performance from Mayo was reflected on the scoreboard as they led at the break by 1-8 to 0-6.

Considering how tight and tense the drawn game had been, it was a significant advantage. After the restart Kerry did come swinging, but Mayo always held a reasonable cushion.

The defensive doors were bolted shut and when David Clarke was forced to make a save the Ballina Stephenites custodian obliged.

Andy Moran’s 37th minute major edged Mayo eight clear and from then until the finish the western outfit continued to work with an admirable mix of graft and craft.

Late on Mayo’s Paddy Durcan and Kerry’s Peter Crowley and Kieran Donaghy were sent off, but the only thing that truly mattered was that Mayo advanced.

Replays were required to overcome Roscommon and Kerry, but that schedule scarcely bothered Mayo, who are still very much in the hunt for Sam Maguire.

Trailing by 0-4 to 0-3 after 11 minutes, Mayo then embarked on an important burst with Cillian O’Connor nailing three frees and Kevin McLoughlin nailing a point from play.

Paul Geaney, Kerry’s chief scoring threat, narrowed the gap, but then Diarmuid O’Connor pounced for a 28th minute goal when rising high to punch a Donal Vaughan effort to the back of the net.

By the time the interval rolled around Mayo led by five and that advantage increased when Moran netted a second major in the 37th minute.

Andy Moran netted a second half goal for Mayo.

Stephen O’Brien and Geaney had shots smothered by a combination of Clarke and a diligent Mayo defence, who were brave throughout.

Kerry selector Liam Hassett was sent in to the stand by referee David Gough moments after Darran O’Sullivan was black carded.

Mayo were seven in front at that time and while Kerry continued to attack Crowley’s dismissal in the 63rd minute was a blow.

In the dying moments Durcan and Donaghy were both red carded as Mayo closed out the deal much to the delight of their thrilled supporters, who furiously celebrated a first Championship triumph over Kerry since 1996.

Challenges have arrived thick and fast, but Mayo are still standing. Defiant and dynamic this gritty team continues to deliver.