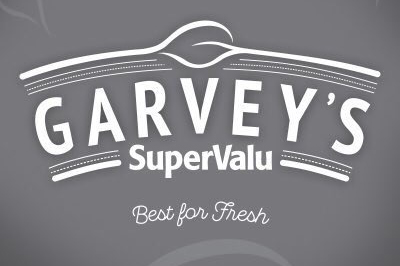 Champions Kilmoyley through to Semi Finals

After a game that rarely reached the heights expected from these two sides, Kilmoyley joined Lixnaw in the semi finals of the Garveys Supervalu senior hurling championship following a deserved five points victory over near rivals St Brendans at Austin Stack Park tonight. Daniel Collins emerged as the Kilmoyley hero scoring 14 points (12 frees) and it was his accuracy that punished every indiscretion by St Brendans. The champions were the better side for long periods and it was only after they were reduced to 14 men early in the second half that St Brendans began to play with the passion normally associated with them.

St Brendans had first use of the wind but it was Kilmoyley who started better with Collins getting their first five points (2 from play) and they led by 5 points to 3 after an uneventful 20 minutes of play. Cian Hussey with his second  reduced the deficit to the minimum as the Ardfert side enjoyed a good spell approaching the break but good points from Sean Maunsell and Adrian Royle and a couple of frees from Collins saw the winners go in at the break 9 to 6 in front – Stephen Leen and a subdued John Egan from a free hitting the target for St Brendans who had 6 wides when wind assisted in that half.

John Egan and Daniel Collins swapped pointed frees on the resumption but then St Brendans were dealt a blow when Jerry Wallace received a second yellow just five minutes into the new half. The sides swapped points throughout the next ten minutes as St Brendans showed a gradual improvement and it was 14 to 10 at the three quarter stage. Two good points by Cian Hussey wither side of a super score by John Egan left just a point between the sides by the 52nd minute but then Egan was wide from a scoreable free and Hussey missed from the wing and that equaliser never came.  In the remaining time Kilmoyley were on top again and outscored their rivals by 5 points to 1 with Daniel Collins accounting for three of those from frees to run out deserving winners.

A goal by Muiris Delaney eight minutes from time finally killed off the Crotta O’Neills challenge in Round 2B of the Garveys SHC  at Austin Stack Park tonight and ensured that Causeway advance to Round 3 where they will play Ballyduff. Even at that stage of the game Causeway had begun to turn the screw against a battling Crotta side who tired visibly having scrapped for every loose ball with fierce intensity during the opening three quarters of the game. The losers  were too reliant on Shane Nolan however and Causeway, with a far better scoring spread, went on to win by a 12 points margin that flattered them a little.

Causeway had first use of the lively breeze and the sides swapped points twice in the first five minutes and we sat back expecting a possible score-fest. It did not come as Crotta’s work ethic thwarted many of Causeways scoring efforts. The sides were still level on 4 points each at the end of the first quarter with Shane Nolan getting two good scores for Crotta, one from a sideline cut. Keith Carmody pointed for Causeway and then they managed to mess up a real goal chance when Stephen Murphy had Carmody all on his on in front of goal but elected to go it alone without success. Shane Nolan pointed two frees as half time approached but if he did, Jason Leahy did likewise for Causeway who led by 7 points to 6 at the break.

Shane Nolan pointed another free on the resumption but then Causeway struck three points in as many minutes from Goggin, Harty and Carmody to put them three clear. A great pointed free by Shane Nolan  from over 100 meters left the score reading 12 points to 10 at the three quarter stage but points from Tommy Casey and Stephen Murphy either side of another Nolan free left the scoreboard reading  14 to 11 with ten to go. Causeway were beginning to make inroads at this stage and when Muiris Delaney goaled in the 52nd  minute it was a game changing score. Jason Leahy (2) and sub Paul McGrath pointed the winners further in front and when Keith Carmody goaled two minutes from time the game was up for Crotta who now exit the competition.

At Friday night's Garvey's Senior Hurling Championship game between Causeway and Crotta O'Neills, a presentation was made to Amy O'Sullivan of Crotta and the Cillard Camogie team who, back in April, won the John West All Ireland Féile Skills in the finals in Abbotstown beating off competition from 28 other counties in the process.

Amy is also the holder of  2 National Féile medals from 2016 and 2017 with Cillard and she learned all her camogie skills at St Mary's School in Kilflynn under the shrewd coaching of Kerry GAA GDA Maurice Leahy who made the presentation to her.

Meanwhile, Kerry Hurling Officer Ger McCarthy was also honoured during the week by the National Poc Fáda Committee in Croke Park in recognition of his organising of the Poc Fáda Competition in Kerry over the years.

In the event of a Draw there will be a replay

The 2017 Garvey’s Supervalu Kerry senior hurling championship continues this weekend with Round 2 fixtures at Austin Stack Park. First up is the Round 2B clash of Crotta and Causeway on Friday evening, 28th July, with the losers exiting the championship.

Then on Saturday evening in Round 2A, St. Brendan’s play Kilmoyley. Both games have 7.00p.m. throw in times, with extra time if necessary.

So Lixnaw and the winners of the Kilmoyley v St Brendans Round 2A game will be through to semi finals.

Meanwhile, Ballyduff and losers of Kilmoyley v St Brendans will be drawn against Abbeydorney and the winners from the Crotta O’Neills and Causeway game in Round 3. Round 3 will be played on Sunday August 6th.

The weekly Jackpot of €20,000 continues to be an elusive target for Kerry GAA Lotto members. James O’Sullivan (USA) and the Telecommers (C/O Mike Carroll) won a pair of tickets each to see Kerry play Galway.

Next week's lucky dip prize is a kit bag and Kerry a GAA tracksuit.
You can buy your yearly ticket for €100 or three lines for Monday night's draw for €5. Buy online by clicking here now  or in the Kerry GAA Store, Killarney