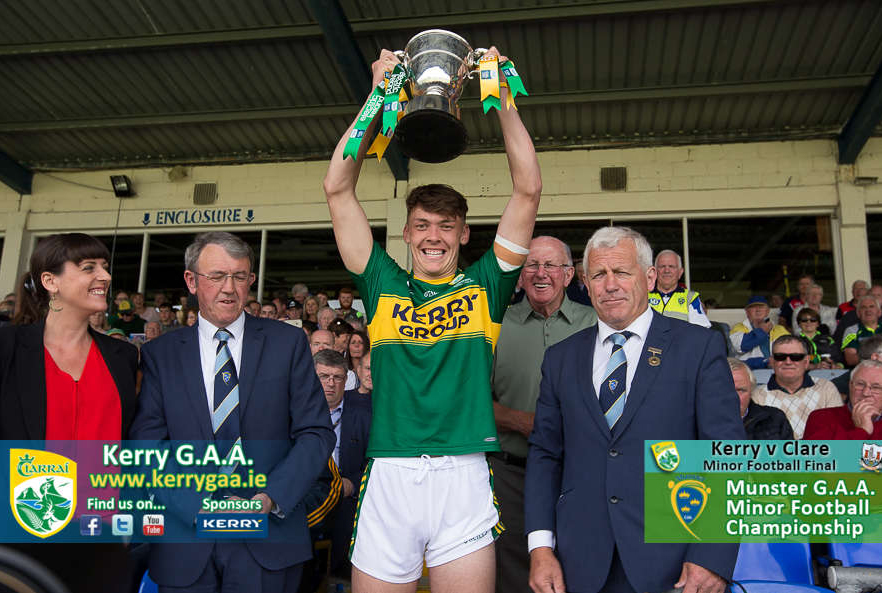 By some distance this was the easiest of Kerry's five Munster minors title in a row, which keeps the Kingdom's winning streak in the province going back to 2013. But a rare provincial final appearance for Clare carried no silver lining at a sun-splashed Fitzgerald Stadium this afternoon.

The crowds arrived in large numbers for this match, mostly to see wunderkind David Clifford, but on a day the Fossa teenager kicked six points from play, he was - remarkably - totally upstaged by Donal O'Sullivan, who mined 2-7, as Kerry sent out a serious signal as they look to claim a fourth All-Ireland minor title later in the year.

Kerry had already beaten Clare by 10 points in the first round of the championship, and the expectation was that Kerry would have improved more than their opponents, but Clare will be bitterly disappointed with their level of performance here.

After midfielder Diarmuid Ryan kicked them into the lead in the first minute the Banner wouldn't score from play again. They trailed 0-10 to 0-2 at half time and only a 59th minute from Dermot Coughlan saved them the ignominy of going through the second half without a score.

Kerry led 0-18 to 0-2 at that stage but still found time in added time for O'Sullivan to find the net twice to make a dreadful day for Clare even worse.

O'Sullivan kicked two points in a first half Kerry dominated, with David Clifford kicking six, even though he and Kerry were guilty of some sloppy play and wasteful kicking in that period.

The points kept coming after the break, and Kerry were 0-16 to 0-2 ahead when Clare lost full back Jayme O'Sullivan to a second yellow card. It mattered little as Clare were a beaten docket well before that.

Kerry substitute Ciaran O'Reilly rattled a shot off the Clare crossbar late in the second half before O'Sullivan finally breached Mark Lillis' goal line twice as Kerry franked their total dominance of the Munster Minor Championship for the fifth year running.

The champions will go into the All-Ireland quarter-finals as the team no one will want to meet, while Clare, too, go into the last eight and will have their work cut out to find some scraps of comfort to feed on after this devouring.

The Kerry Minor Football Team to play Clare in the Electric Ireland Munster Minor Football Championship Final at Fitzgerald Stadium on Sunday next shows 1 change in personnel from the side that defeated Cork in the Semi Final.

Sean O’Leary returns from injury in place of Ryan O’Neill at corner back.

The team, captained by David Clifford of Fossa is as follows: