You are here: Home/ News/ U21 Semi-Final draw 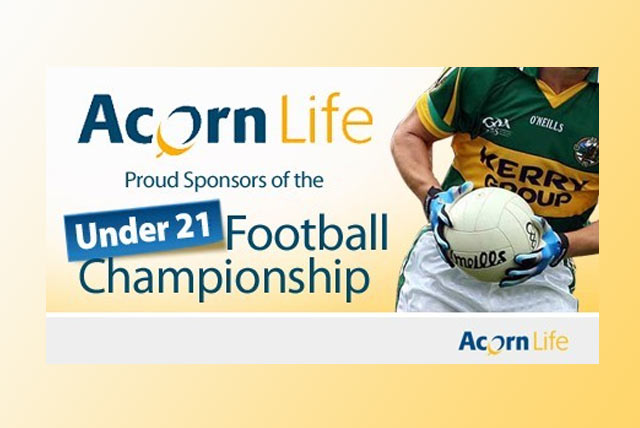 The semi final draw of the Acorn Life Under 21 Football Championship made live on Radio Kerry today resulted in the following pairings:

The semi finals will be played on Thursday 13th at neutral venues with the final on July 26th.

The four semi finalists in the Acorn Life Under 21 Championship are now known following the quarter finals last week the results of which were as follows:

The semi final Draw will be made live on Radio Kerry on this Tuesday at lunchtime with Kenmare District, Mid Kerry, East Kerry and Dr Crokes going into the hat.The semi finals will be played on Thursday 13th with the final on July 26th

Following the Quarter Finals matches on Wednesday night last now know the semi-Finalists for the U21 County Championship.

Mid-Kerry, East Kerry, Dr Crokes and Kenmare District are into the semi final.

The Results and reports are as follows: