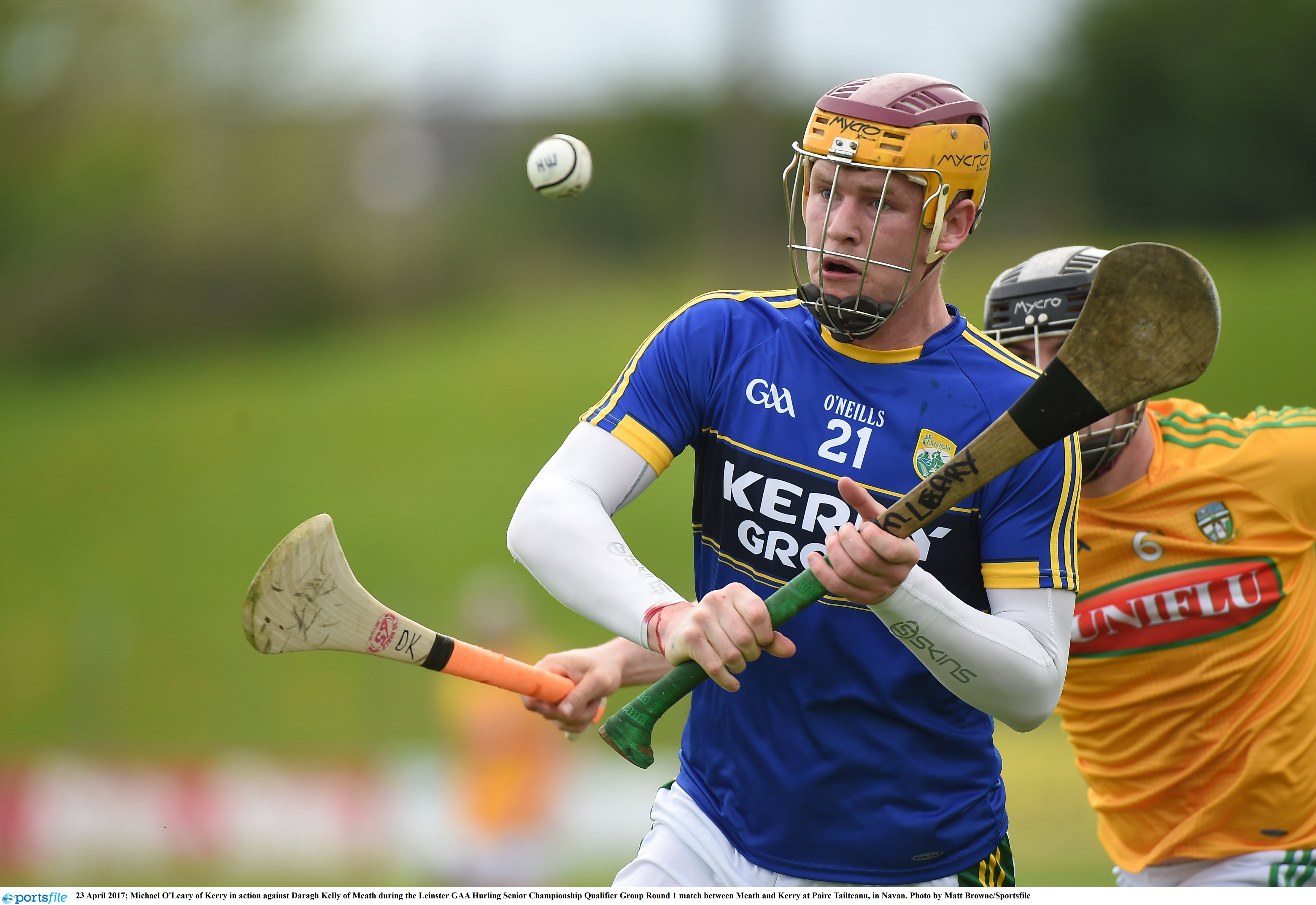 Meath celebrated their return to Leinster Senior Hurling Championship action with a six point defeat of Kerry at Pairc Tailteann.

Despite the concession of a first minute goal, Meath responded to lead by three at the interval and although they suffered some anxious moments in the closing stages, deservedly claimed both points.

Kerry were six points behind before Mikey Boyle fired home a goal in injury-time and they pressed hard for an equaliser. But Meath held firm and Cathal McCabe raised a green flag at the other end to secure a famous victory for the Royal County. The early omens didn’t look good for Meath as Shane Nolan opened the scoring with a Kerry goal after only 14 seconds.
Meath took the lead for the first time in the tenth minute with a Sean Quigley goal directly from a sideline and they led by 1-10 to 1-7 at the interval.

By the 44th minute, Meath had increased their advantage to five points and when Kevin Keena struck for their second goal five minutes later, they led by 2-15 to 1-10.
Four points in a row started the Kerry comeback and they were back in the hunt for at least a share of the spoils when Boyle’s goal left just three between the sides.
But Meath lifted the siege and finished on a high which sets them up nicely for the challenge of Laois in seven days’ time.