You are here: Home/ News/ Funeral Arrangements for the late Vincent Linnane 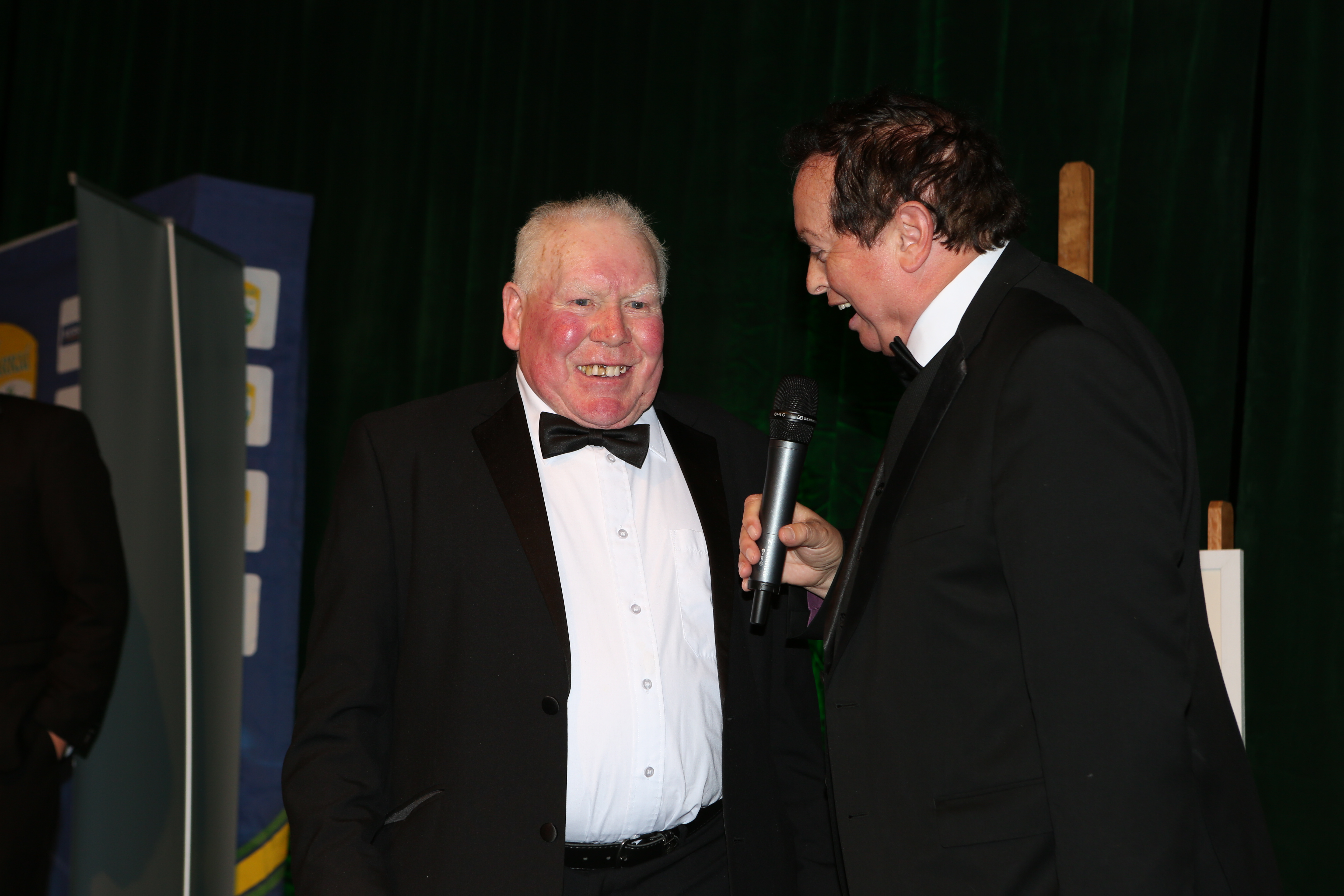 The funeral arrangements for the late Vincent Linnane are as follows:

Requiem Mass will take place at S.S. Peter & Paul’s Church, Ballyduff on Saturday at 11:00 am.

It was with great sadness that we learned of Vince Linnane’s death earlier this afternoon.

A legendary figure who has been associated with successive Kerry Senior Football teams, Vince's personality transcended age groups and he was loved by players and management alike.

He will forever be associated with Austin Stack Park, Tralee which held a very special place in his life and he took great personal satisfaction and joy out of its recent redevelopment.

On behalf of all involved in Kerry GAA I wish to recognise and acknowledge the contribution that Vince has made. We extend our heartfelt sympathy to his wife and family in particular.

Vince - you were a true and genuine friend and will be sadly missed by all who knew you.

On behalf of the management and players I want to extend my sincere condolences to the Linnane family on the passing of Vince today. We are all shocked and saddened at the news.

He was a huge part of our setup. He has been an incredible servant to Kerry both in his role as caretaker of Austin Stack Park and as our Kit-man. He took ferocious pride in his work and always wanted to make sure the players were happy and wanted for nothing. His attention to detail was incredible.

He was the heart and soul of Austin Stack Park and loved working there. He really enjoyed the reopening last year. I asked him to present the jerseys to the players and to say a few words before that league game against Donegal. I knew what it would mean to him. I also knew that because of the esteem that the players held him in they would want to win the first game there for Vince which they duly did.

On a personal level there has always been a very strong connection as he always really looked out for his fellow north Kerry men. I first got to know him as a minor and since then we have been firm friends. He was delighted last Sunday and took great satisfaction out of his last trip to Croke Park. We will all miss him greatly.

PAYING TRIBUTE TO THE KIT-MAN

A passenger in the Kerry kit van, himself and Vincent Linnane, the latter a native of Kiltimagh, rolled onto the long tunnel underneath the Hogan Stand. The dressing-rooms in Croke Park are distributed in alphabetical order and so for the day that was in it, Kerry were given dressing-room one and dressing-room two went to Mayo.

“Vince drove right past the Kerry dressing room and parked outside the Mayo dressing room. He then went to start unloading the gear,” O'Callaghan recalls.

The van was duly put in reverse and dressing-room one was quickly filled with jerseys of a green and gold variety.

It was a rare slip by a man who has spent close to a quarter of a century laying out the jerseys for various Kerry teams.

Having spent a season or two as kit man to the Kerry minor hurlers in the early nineties, Linnane's first involvement with the Kingdom footballers came in 1993 when then minor manager Charlie Nelligan brought him on board. His brief soon expanded to the U21's, juniors and, eventually, the seniors.

O'Callaghan has worked with him for the past 10 years and describes Linnane as an “absolute inspiration”.

“For matches which require an overnight stay, Vince and I would be in the one room. And the jerseys are always brought up to the hotel room. They are never, ever left in the van. He counts them the evening before the game and you might then hear him at six in the morning counting them again. I often have to tell him to count in silence so I can finish off my night's sleep!

“He is so meticulous.”

Linnane, when asked to trawl back through his long involvement with the Kingdom, picks out the 2008 All-Ireland SFC quarter-final against Galway.

“It was an absolutely desperate evening and if we hadn't had the second set of jerseys that evening, we'd have been in trouble. Normally, the second set would be thrown on at half-time if the weather was very bad, but, on this occasion, they were put on before the throw-in as the players were drenched during the warm-up. We probably could have done with a third set, now that I think of it.”

Before ever being entrusted with the green and gold jerseys, Linnane, in 1989, was approached by then county board secretary Tony O'Keeffe with a view to overseeing a FÁS scheme at Austin Stack Park. Three decades on and he is still calling the shots at the Tralee venue.

“I moved to Manchester as a young lad and met my wife, Noreen, over there. I came back to Ballyduff with her where I got involved with the local GAA club.”

Between his two roles, Linnane has seen several Kerry managers come and go, had the inside track on many a heated training session and made friends with some of the best footballers to ever wear the green and gold.

“It was a privilege to be involved with them all. They were all very genuine people. You never saw them shouting or bawling or anything like that. They all had Kerry at their heart.

“Eamonn is there presently and you couldn't meet nicer. He is very dedicated, just as Jack [O’Connor] and Pat [O’Shea] were before him. The biggest character of the lot was my old friend Páidí. I always had the craic with Páidí. He would come out with something totally unexpected. He'd hit you with a one-liner and you wouldn’t know what to say back. He was a character.

“I always had great conversations with Maurice Fitzgerald, he wasn’t as quiet as most thought. Seamus Moynihan, the three Ó Sé’s and Declan O'Sullivan, too, were very easy get on with. I'm privileged to be able to call them my friends."

“He concluded: “I wouldn't be doing what I'm doing for all this time if I wasn't enjoying it. I'll stay at it as long as the Lord lets me.”