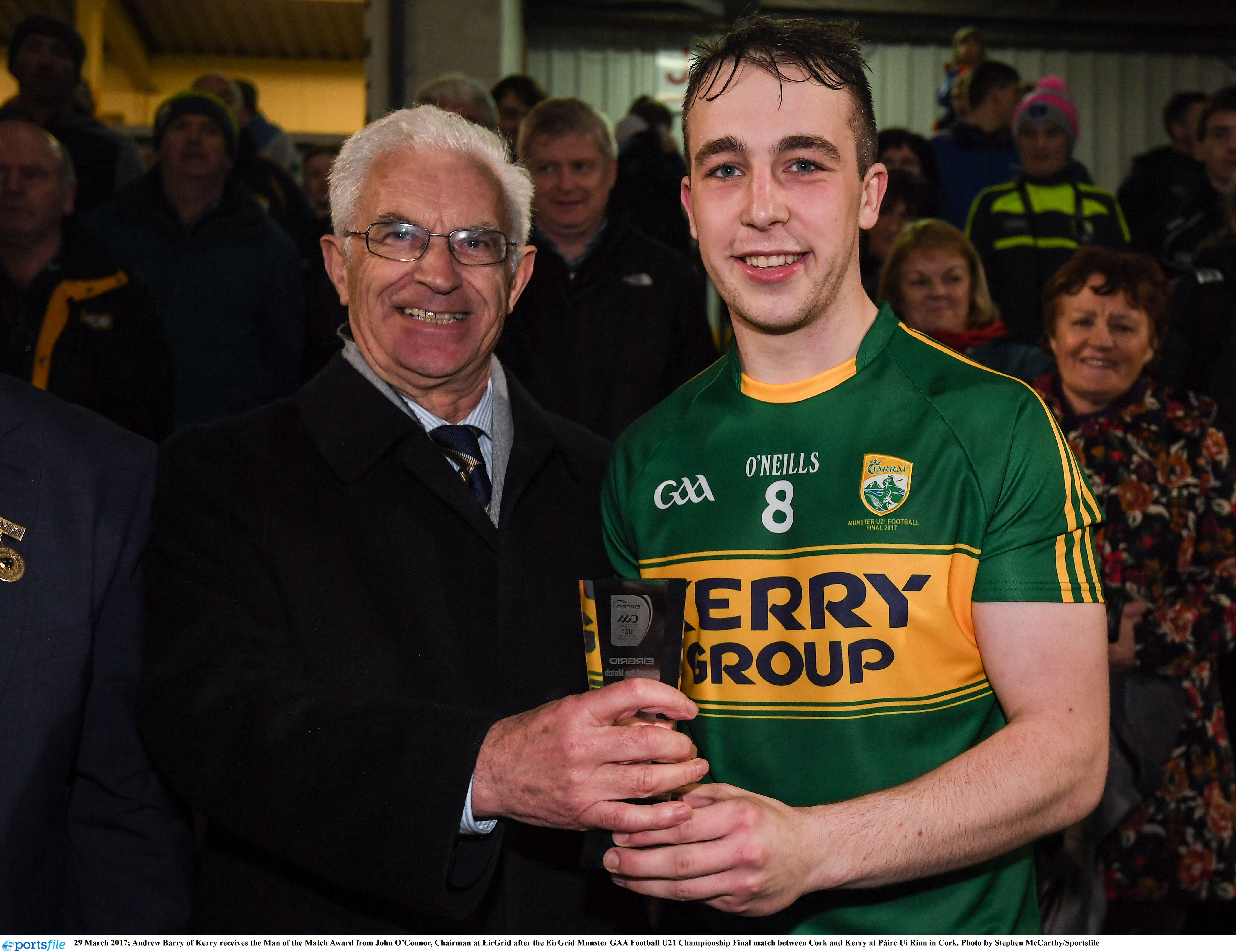 Kerry Under 21's travel to Ennis on Saturday next to take on Galway (4:30pm) with a place in the All Ireland Under 21 final on April 29th the prize for the winners. It is well documented now that Kerry have gone eight barren years without getting to this stage of the competition and no doubt the Kerry management under Jack O’Connor will be very anxious indeed to ensure that they do not slip up now that they have finally gotten over Cork for the first time since 2008 a year in which of course they went on to take the Under 21 title.

In that game against Cork two weeks ago this promising team played with a huge intensity all through and it was an intensity that last year’s All Ireland runners up just could not match. Kerry were impressive no doubt but they will have to do it all over again if they are to get the better of a side that comfortably defeated last year’s All Ireland champions, Mayo, by six points in their opening game of the Connaught championship. Sligo did subsequently take the Tribesmen to extra time in the final but Galway, who have a number of players with senior experience in their ranks,  won comfortably by nine points.

Kerry captain Brian Sugrue looks like missing the game due to a knee injury sustained in the defeat of Cork but Kerry do have a very strong panel of experienced players to pick from. Should the Renard man miss the game then Matthew O’Sullivan, the towering full forward from St Michaels-Foilmore will captain the side.

The game will be refereed by Brendan Cawley of Kildare and will be televised live on TG4.

The Kerry team will be announced on Thursday night at 8pm and posted here on the Kerry GAA Website.

Dublin and Donegal meet in the other semi final.

After a super display in this year’s EirGrid GAA U21 Munster Championship, Kerry U21 footballer, Andrew Barry, has been named as the EirGrid GAA U21 Player of the Province for Munster.

Hailing from Na Gaeil club, Andrew landed this award for the role he played in securing Kerry’s first U21 Munster title since 2008. Kerry had comprehensive wins in both semi-final and final encounters in Munster defeating Waterford (semi-final) 1-18 to 0-7 and Cork (final) 2-16 to 0-6 in which Andrew delivered a man of the match display from the centre of the park.

This is the first year of the EirGrid GAA U21 Player of the Province initiative and it is one that has been put in place to recognise and reward outstanding performances throughout each of the four provinces at U21 level. Each recipient has been carefully selected by the Gaelic Writers Association.

“I would like to extend my sincere congratulations to Andrew on winning this award. His performance for Kerry in the Munster championship has been fantastic and we are delighted to be able to recognise him for this."

“At EirGrid, we manage and develop Ireland’s electricity grid and we feel strongly that our business mirrors this U21 Championship. We need to ensure that there is a bright future ahead for the young people of Ireland and with the incredible talent on display in this competition with players like Andrew involved, we have no doubt that the future of the GAA will be extremely bright”.

Dublin’s Aaron Byrne has been selected as the EirGrid GAA U21 Player of the Province for Leinster and in Connacht, Galway’s Michael Daly has been chosen. The Ulster representative will be chosen after the final on Monday, 10th April.