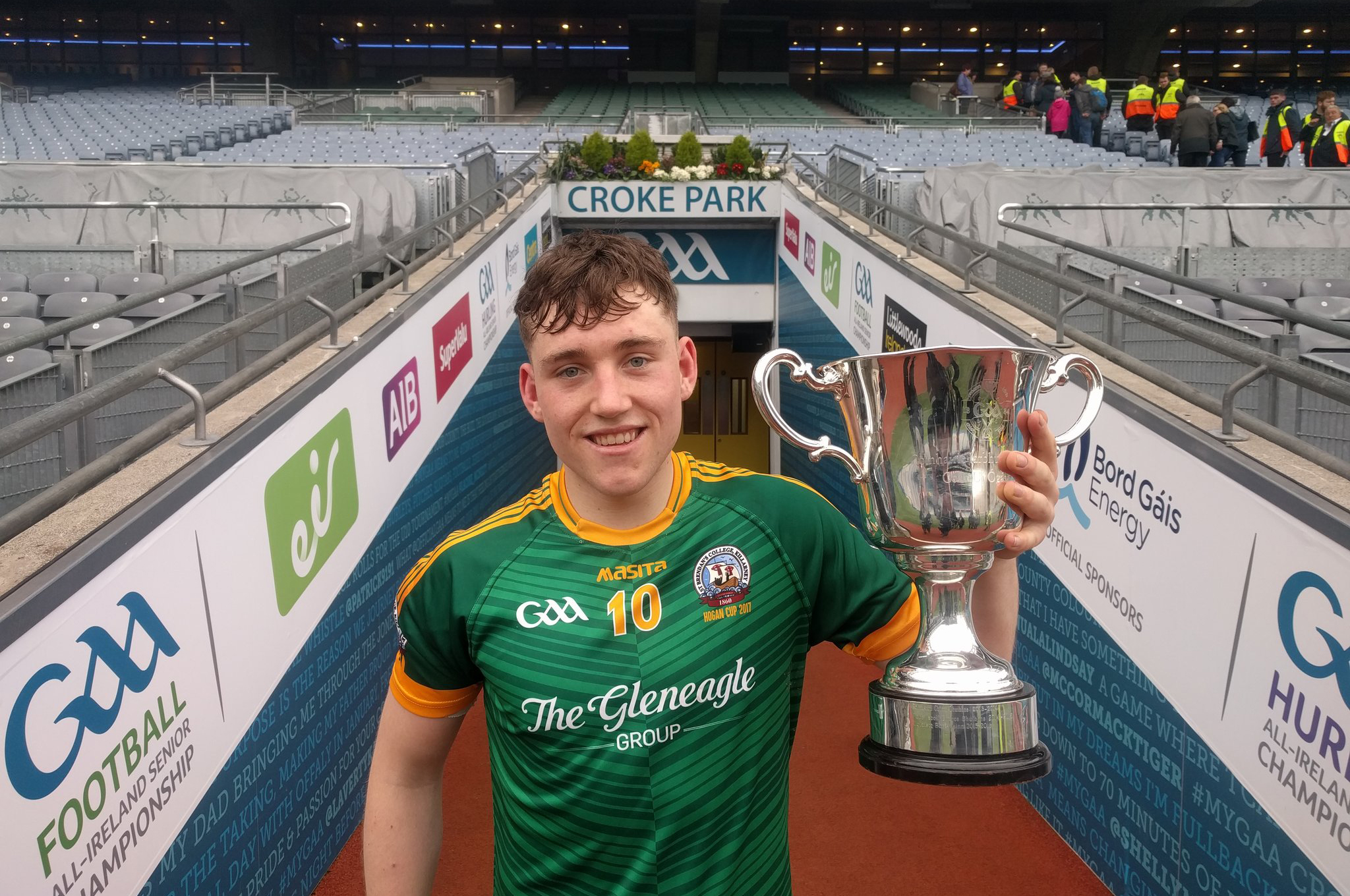 St Brendan's of Killarney wrapped up a second straight Hogan Cup title and their fourth overall with a eight-point victory over St Peter's in Croke Park.

The future is certainly bright in the Kingdom. This was a fourth consecutive Hogan Cup success for a Kerry school after Pobalscoil Chorca Dhuibhne's wins in 2014 and 2015, not to mention the All-Ireland minor three-in-a-row completed by the county last September.

Garry McGrath's men were fully deserving of their victory and looked comfortable throughout. They led by 0-10 to 0-3 at half-time and while their Wexford opponents showed signs of life in the second period, the result was never in doubt.

St Peter's fought back to within four points with 10 minutes remaining, but St Brendan's clicked through the gears and eased to victory.

St Brendan's have found scores easy to come by throughout their run to glory this season and today was no different.

Although it took him 26 minutes to get off the mark, star forward David Shaw posted 0-4, as did the exceptional Donnachadh O'Sullivan.

Midfielder Billy Courtney, who won an All-Ireland minor medal between the posts for Kerry last September, was clinical while converting four placed balls.

Barry O'Connor curled over the Wexford side's only two scores from play in the opening half, as they trailed by 0-9 to 0-3 at the interval.

St Peter's showed real fight after the break and three points between cousins Rory and Mark O'Connor brought them back into contention.

St Brendan's rattled off three quick-fire scores through Shaw, Courtney (free) and O'Sullivan to extend their lead to eight once again.

The Leinster champions posted the next four points, with Cathal Devereux on target twice, but late efforts from Courtney, Micheal Devlin and Shaw rounded off the St Brendan's victory.

Best wishes to St Brendans College Killarney in their quest to win back to back All Ireland Colleges Hogan Cup titles when they take on St Peters of Wexford in Croke Park on Saturday at 4pm. St Brendans, who of course are the defending champions, will be trying to emulate Pobal Scoil Chorca Dhuibhne by making it two titles on the trot against a side who have a better history in competing in the All Ireland Colleges Hurling Championship (Croke Cup) rather than its football counterpart. The Wexford side have earned their final place the hard way however with a tremendous victory over the fancied MacRory Cup champions St Marys of Magherafelt in the semi final last week and no doubt that will be a huge confidence booster to them. The Sem will have the edge in experience however with many of last year’s successful side available to them such as David Shaw, Billy Courtney and another Kerry minor from last year, Dara Moynihan from Spa who captains the side.

We wish them well in their quest to bring the Hogan Cup to the Kingdom for the 8th time.

While on the Colleges theme, congratulations to Pobal Scoil Chorca Dhuibhne who won the McGirr Cup, All Ireland Junior Colleges fina,l after a dramatic extra time encounter with St Pats of Maghera on Saturday last.